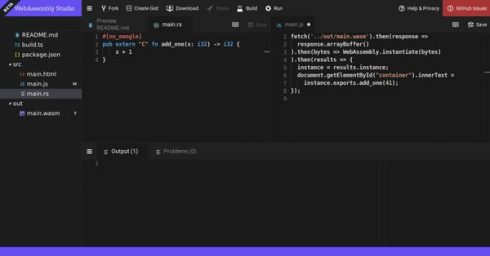 According to Mozilla, WebAssembly Studio is a Swiss Army knife, “a collection of useful tools for working with WebAssembly,” the company said in a video.

In the upcoming months, Mozilla plans to continue to improve upon the project. Some planned features include adding better support for C, C++, and Rust projects; integrating more tools into WebAssembly Studio; making it possible to download and build projects locally using tools that developers are familiar with; and improving UX, error reporting, and general performance optimizations.