Report: Competition heats up between Angular, React and Vue 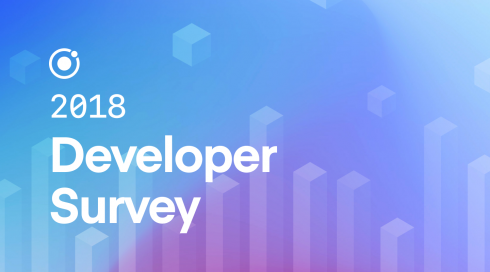 Angular is one of the most popular frameworks for JavaScript development today, but competition among other frameworks is coming to fruition. A recently released report revealed interest in React and Vue is growing.

The team behind the open-source hybrid mobile app development SDK Ionic released its second annual developer survey based on more than 10,000 developer responses.

The report found high usage for React and Vue in 2018, with signs of increased adoption expected to grow in 2019. As a result, Ionic — which has historically been exclusively Angular-compatible — will provide Vue and React support this year. Vue is currently in alpha and React is expected by the summer.

“Regardless of your preferred framework, we believe each one is a solid option for any serious development project. The important thing to note here is that framework fatigue is waning. While new ideas for frameworks are still cropping up every day, developers seem to have rallied around these three as the top contenders,” the team wrote in a blog post.

The report also looks at top mobile tools and approaches as well as progressive web apps (PWAs), and backend tools and services.

In addition to Ionic, the report found Cordova.PhoneGap as the most popular mobile development tools with React Native and jQuery Mobile following close behind. “What is surprising though, is that native Android and iOS development was more widely adopted among developers surveyed than cross-platform alternatives like NativeScript and Xamarin, suggesting that (at least among the developers we surveyed) these two cross-platform approaches are more niche players in the mobile development space,” the report stated.

PWAs also show a strong sign of adoption with 61 percent of developers reporting they have built or plan to build a PWA within the next year. However, PWAs are being used to complement, not replace, native mobile apps, the Ionic team explained.

For backend tools and services, the survey showed MySQL as the top database solution and firebase as the top hosting platform.

Other findings from the report included increased interest in serverless.

“The web framework ecosystem has stabilized. PWAs are becoming mainstream and delivering real-world results. Web developers are becoming more valuable each day as innovations in cloud technologies unlock the path to full-stack development,” the survey stated.