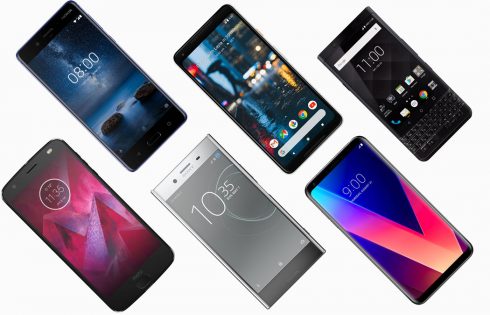 Google has announced updates on the state of security updates in Android 9. It is recommending monthly security updates as a best practice. According to the company, it delivers monthly Android source code patches to manufacturers in order to incorporate those patches into firmware updates.

It also introduced the Android Enterprise Recommended program earlier this year to help businesses make better purchasing decisions based on factors such as security update cadence, flexibility of policy controls, and authentication features.

In addition, Google says it has made it easier to update Android and fixed outstanding security issues across devices.

“In 2017, about a billion Android devices received security updates, representing approximately 30% growth over the preceding year. We continue to work hard devising thoughtful strategies to make Android easier to update by introducing improved processes and programs for the ecosystem. In addition, we are also working to drive increased and more expedient partner adoption of our security update and compliance requirements. As a result, over coming quarters, we expect the largest ever growth in the number of Android devices receiving regular security updates,” Dave Kleidermacher, VP and head of security for Android, Chrome OS and Play, wrote in a post.

Some new changes include support for ETag and a method for auto-generating ETags, a RequestLogger interface, and support for WebJars.

“Javalin is more library than framework; you don’t need to extend anything, there are no @Annotations, no reflection, no other magic; just code,” the team wrote in a post.

Amazon reveals recipients of the 2018-2019 Amazon Alexa Fellowship
Amazon has selected 18 universities as part of its 2018-2019 Amazon Alexa Fellowship. The fellowship is designed to provide students with conversational AI research, education and entrepreneurship. Accordinf to the company, this week’s announcement is a significant increase from only having four universities in 2017. This addition represents its “belief in the potential these students have to invent the next big thing,” the company explained

“Voice is the most natural, convenient interface and we believe it can change the way humans interact with technology. To achieve this reality, we need to solve many hard conversational AI challenges, ranging from automatic speech recognition to natural language understanding to text-to-speech. We must also help entrepreneurs build voice interfaces into their technologies,” Kevin Crews, senior product manager of the Alexa Fund Fellowship wrote in a post.

MariaDB 10.3 now available
MariaDB 10.3 has been released. MariaDB is also now officially a distinct database and not just a branch of MySQL. This is due to the fact that MySQL and MariaDB have diverged significantly in the past few years.

MariaDB also now supports modern SQL standards, rather than SQL-92, which has been overhauled six times.