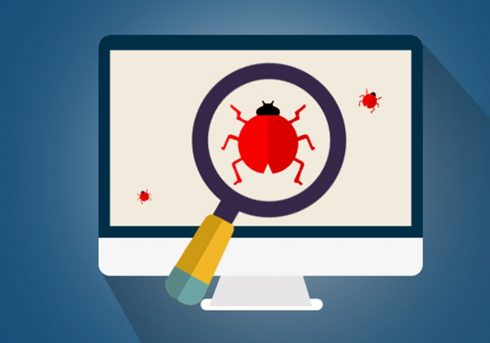 The open-source collaborative effort dedicated to advancing blockchain technology has announced that a new bug bounty program is now open. The program is based off of a private bug bounty the organization has been running for the last six months with HackerOne. HackerOne will continue to lead the public bounty.

Currently, the bounty will solely be focused on Hyperledger Fabric, but the team has plans to add Sawtooth and other projects in the future.

“Security is always an ongoing process of improvement. Thanks to the commitment and professionalism and general good cheer of the Hyperledger community, we have made great strides in the last year. Now with our public bug bounty, we hope to further make good on the open source promise and to deserve the trust our users have in us,” Dave Huseby, Hyperledger Security Maven, wrote in a post.

Coming off the heels of the Cambridge Analytica fallout, Facebook is introducing new privacy experiences for its users. The company says this is part of its effort to comply with the upcoming EU’s General Data Protection Regulation that goes into effect next month.

As part of its new experiences, Facebook will ask users about ads based on data from partners, information in their profile, and face recognition technology. The company will also ask people to agree to its updated terms of service and data policy as well as introduce new tools to access, delete and download information.

“We’re not asking for new rights to collect, use or share your data on Facebook, and we continue to commit that we do not sell information about you to advertisers or other partners. While the substance of our data policy is the same globally, people in the EU will see specific details relevant only to people who live there, like how to contact our Data Protection Officer under GDPR. We want to be clear that there is nothing different about the controls and protections we offer around the world,” the team wrote.

In an effort to protect users from phishing, malware attacks and other threats, Google has announced Google Play Protect is bringing Safe Browsing to WebView by default. This will go into effect this month with the release of WebView 66.

“Developers of Android apps using WebView no longer have to make any changes to benefit from this protection. Safe Browsing in WebView has been available since Android 8.0 (API level 26), using the same underlying technology as Chrome on Android. When Safe Browsing is triggered, the app will present a warning and receive a network error. Apps built for API level 27 and above can customize this behavior with new APIs for Safe Browsing,” Nate Fischer, software engineer for Google, wrote in a post.

Microsoft’s experimental web UI framework Blazor is getting a number of new improvements and features in its latest release. Blazor 0.2.0 features the ability to build reusable component libraries, improved syntax for event handling and data binding, the ability to build on save in Visual Studio, conditional attributes and HttpClient improvements.

Since the company launched Blazor a few weeks ago, it says developers have started to use the tool to build real world web apps, integrate it with Raspberry Pi, and perform debugging services.