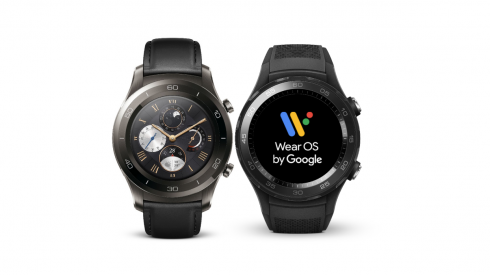 According to Google, developers should pay attention to restriction related to non-SDK methods and fields, dark UI system theme, limited background activity, turning off radios when off body, and WiFi off when BIT is disconnected.

“The developer preview includes updated system images on the official Android Emulator and a downloadable system image for the Huawei Watch 2 Bluetooth or Huawei Watch 2 Classic Bluetooth,” Hoi Lam, lead developer advocate for Wear OS by Google, wrote in a blog post. “This initial release is intended for developers only and is not for daily or consumer use.”

The company is expected to release several updates before the final production release.

NVIDIA and Adobe announce new AI partnership
Adobe and NVIDIA has announced a new partnership at Adobe Summit this week that will consists of enhancing AI and deep learning technologies. The new partnership will allows Adobe to extend the availability of Sensei APIs and machine learning framework for NVIDIA GPUs and broaden Sensei ecosystem to a new audience of developers, data scientists, and partners, according to the company

“The digital transformation failure rate is staggering with only one in eight companies getting it right,” said Rui Pereira, VP of digital transformation and co-founder of OutSystems. “We wanted to create a comprehensive resource center that deals with the major challenges IT leaders face with this critical topic. The OutSystems Digital Transformation Hub will address how to deliver new solutions with speed, scale, and security and how to best organize teams, resources, and processes.”