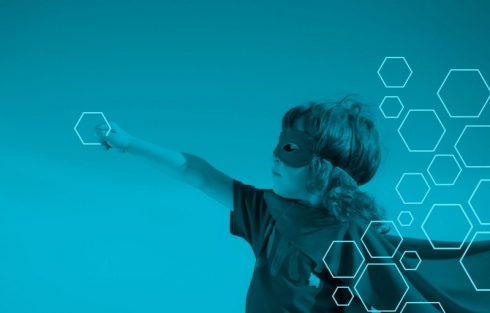 “I’ve always believed the web is for everyone. That’s why I and others fight fiercely to protect it. The changes we’ve managed to bring have created a better and more connected world. But for all the good we’ve achieved, the web has evolved into an engine of inequity and division; swayed by powerful forces who use it for their own agendas,” Berners-Lee wrote in a post.

Over the past few years, Berners-Lee has worked with researchers at MIT to develop Solid, which is an open-source project that aims to restore power and agency on the web to individuals. Berners-Lee first revealed he was working on the project in July in an interview with Vanity Fair.

In the current model of the web, users submit their personal data to giant companies in exchange for a perceived value, he explained. Solid will give “every one of us complete control over data, personal or not, in a revolutionary way,” he said.

Other projects focused on decentralizing the web include Changefly, created by Lucas Dickie, and Mozilla’s dweb.

Solid is built using the existing web and gives users a choice over where data is stored, what people or groups can access certain elements of it, and which apps you use. It will enable users to link and share data with anyone. It will also allow users to look at the same data in different apps at the same time.

The open-source project is guided by the principle of “personal empowerment through data,” which Berners-Lee believes is crucial to the success of the next era of the web.

Berners-Lee remarked in 2009 that “the web as I envisaged it we have not seen yet.” He said this because at that point, people were primarily using the web for documents, and though it has evolved and seen more open data, we have not yet seen read-write data, which Solid will enable.

In order to realize his vision of Solid, Berners-Lee will be taking sabbatical from MIT, reducing his day-to-day involvements with the W3C, and has founded a company called inrupt. Inrupt will lay the infrastructure that will allow Solid to thrive. Inrupt’s missions is “to provide commercial energy and an ecosystem to help protect the integrity and quality of the new web built on Solid.”

“Together, Solid and inrupt will provide new experiences benefitting every web user — and that are impossible on the web today,” said Berners-Lee. “Where individuals, developers and businesses create and find innovative, life- and business-enriching, applications and services. Where we all find trusted services for storing, securing and managing personal data. I’m incredibly optimistic for this next era of the web.”