Guest View: Opportunity and consolidation in the API industry

APIs have been exploding in popularity as a new way to generate enterprise revenue. Huge companies like Salesforce, Expedia and eBay receive at least half of their total revenues through intelligent API utilization. Enterprises with public APIs saw 300% growth from 2014 to 2015. Companies are looking to take advantage of the API economy, and Forrester predicts that almost US$3 billion will be spent on API management by 2020.

The move toward the cloud and DevOps as the prevailing architecture and development workflow for digital businesses has forced those same businesses to embrace an API-centric approach to growth. APIs not only allow them to monetize their architecture, but also to leverage the agile approach that current software development requires. The cloud, DevOps and APIs are a perfect match.

Red Hat and Google need 3scale and Apigee as API gateway services to front their cloud offerings so developers can deploy and manage APIs effectively. The next step is to offer developers tools so they can move to an API-first development model.

Google sees a multi-cloud future, and API-management technology is an inextricable part of that future. APIs are being integrated with platforms and applications because data and IT environments are becoming more distributed. Legacy applications are becoming digitized through deployment of microservices. Collaboration is also a major part of the API economy, and businesses are using APIs to interact and collaborate with each other.

So it’s no surprise that API companies are being acquired left and right, but the acquisitions also raise a question: Can independent API companies stand on their own?

It takes time to build an API development ecosystem, a community of developers dedicated to an API-first development methodology. For independent API companies, interoperability with existing developer tools is critical. Integration with source or data repositories allows developers to move from GitHub to an API design tool, or connect the API design tooling with production API-management platforms for seamless end-to-end design to deployment. These integrations are crucial to scaling APIs in the enterprise, and it’s up to the independent API company to build these bridges—and keep them updated—for developer adoption.

And there’s the looming issue of resources. Independent API companies can’t waste money on initiatives that won’t lead to immediate profit. If they want to work through integrations and optimization issues, it has to be with third parties instead of within the same organization.

Independent API companies can benefit
Most businesses are early on in their move to API monetization, which makes now a great time to get a foothold in the field. If an independent API company establishes itself in the current ecosystem, it’s poised to be right in the thick of the forecasted $3 billion API-management valuation a few years from now.

The biggest factor in surviving independently will be the development of standards and specifications that foster integration and collaboration. Fortunately, in the last year, the industry saw huge advancements in the standards process for API specifications. Under the umbrella of the Linux Foundation, the Open API Initiative (OAI) has 18 corporate members—including big names like Google, IBM and Microsoft—working on a standard API specification. And there’s a lot more activity in the API standards space.

For example, another open API standard, RAML, is evolving rapidly. This work with standards is helping build interoperability across API tools.

Following in the footsteps of Red Hat and Google, more large enterprises will enter the API space. Although it’s just a guess on my part, I wouldn’t be surprised if companies like Amazon and Salesforce make API acquisition headlines soon. This will spur the already-rapid development of an ecosystem of interconnected tools, leading to industry-wide integration and interoperability. 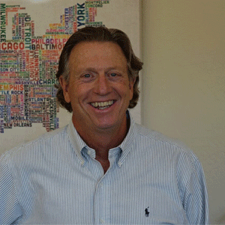 Paul Doscher is the CEO of Restlet. Restlet provides tools to design, create, run, and manage APIs that provide access to any data or application.

View all posts by Paul Doscher