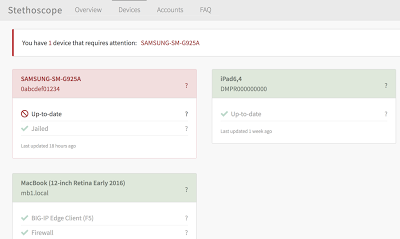 Stethoscope is designed to collect user information and provide recommendations to secure their systems.

“If we provide employees with focused, actionable information and low-friction tools, we believe they can get their devices into a more secure state without heavy-handed policy enforcement,” wrote Jesse Kriss and Andrew White, security software engineers at Netflix, in a blog post.

According to the companies, the initiative will first focus on the Industrial Internet of Things, and look into applications such as augmented and virtual reality.

“5G is not simply about making smartphones faster; it’s about the machines and things that will deliver an entirely new smart and connected future,” said Asha Keddy, vice president and general manager of next generation standards at Intel. “Building our 5G future requires a new approach to industry collaboration and development.”

GPUs for Google Cloud Engine and Cloud Machine Learning
Developers can now spin up NVIDIA GPU-based VMs in three Google Cloud Platform regions with the public beta of NVIDIA Tesla K80 GPUs from the Google Cloud Platform. The regions include us-east1, asia-east1 and europe-west1, and the support for creating GPU VMs using the Cloud Console will appear next week.

Also, instead of taking days to train an image classifier on a large image dataset on a single machine, developers can “slash the time it takes to train machine learning models at scale using the TensorFlow framework,” wrote John Barrus, product manager at Google Cloud.