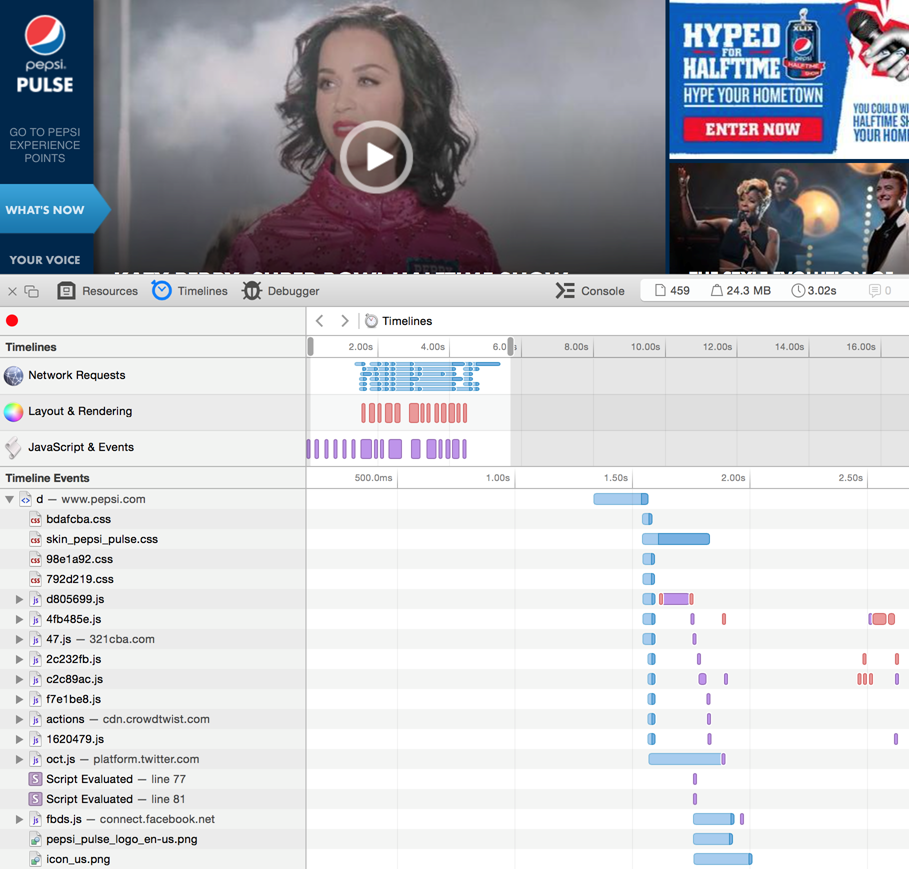 For the advertisers paying US$4.5 million a pop for a 30-second Super Bowl spot, a year’s marketing budget could be wasted if the company’s website can’t handle the influx in traffic.

Application performance management software provider Dynatrace is monitoring the Web and mobile site performance of a litany of major brands that purchased ads well in advance of the big game. The company is keeping track of load times, site performance degradations and dreaded website outages to determine who stepped up during the ‘Performance Bowl’—and who buckled under the pressure.

Ryan Bateman, director of brand and social marketing at Dynatrace, said people often forget about the Web and mobile developers and testers behind these sites, who are the linemen in the trenches of the Performance Bowl.

“Developers are the ones building these landing pages the ads are sending folks to,” he said. “Marketers sometimes don’t consider what happens behind the ad itself.”

NBC only finished selling the last of its Super Bowl ad slots this past Wednesday, leaving developers and testers behind the last-minute sites with only days to prepare. Under that kind of time crunch, Bateman identified some “classic signs” of sites gearing up to win or lose the Performance Bowl.

“Some of these guys who just recently bought ad inventory simply don’t have as much time as the advertisers who purchased a year ago to plan out the digital properties that supplement their ads,” he said. “There’s always a handful of sites that don’t quite balance the social interaction with the performance effects very well. We’ve seen, even in past years, some of the sites that put a heavy, heavy focus on interactive experience. Something like live tweeting during their ad placement or submitting photos. There’s a fine line there to walk with interactivity, the use of social, and these heavy, performance-sucking plug-ins and third-party services.”

How winning sites handle the Super Bowl pressure
In pursuit of capturing the interest, loyalty and ultimately revenue of consumers swarming their sites during peak Super Bowl ad windows, the Web developers and testers behind the brand must toe a fine line. Dynatrace believes it takes a combination of a robust user experience to sustain engagement, and a site that not only withstands the load but also maintains the same level of performance.

Bateman identified one advertiser whose website contained upwards of 200 connection streams to outside services, explaining that when it comes to performance, it’s best to keep it simple.