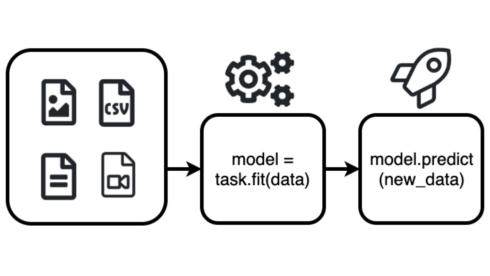 Amazon has launched a new open-source library that will make it easier for developers to deploy machine learning models. With AutoGluon, Amazon aims to help developers deploy their models using just a few lines of code.

According to Amazon, traditionally, extensive expertise was required to deploy deep learning models. And while the use of deep learning is still available primarily to those experts, there have been some advances in simplifying it and making it more accessible.

For example, developers would have traditionally needed time and expertise to calculate gradients to train models. Gradients are vectors that determine the most efficient parameter updates in order to minimize errors in the training data. Software libraries, such as Theano, automated this calculation, which allowed developers to utilize gradients using boilerplate code, the company explained.

Even with these advances, Amazon believes there are still issues that developers must deal with, such as hyperparameter tuning, data pre-processing, neural-architecture search, and decisions related to leveraging transfer learning.

According to Amazon, AutoGluon helps automate many of those decisions. “Due to the inherently opaque nature of deep learning, many of the choices made by deep-learning experts are based on ad hoc intuition, rather than a rigorous scientific understanding of how individual choices affect desired outcomes. AutoGluon solves this problem, as all choices are automatically tuned within default ranges that are known to perform well for the particular task and model.”

AutoGluon’s website features several tutorials to help developers get started with the library. From there, they will be able to leverage deep learning for tabular, text, and image data.