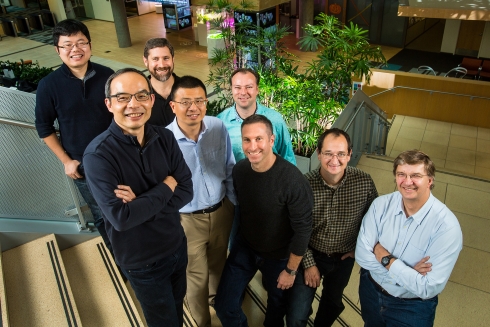 Microsoft is making waves with its artificial intelligence research by developing a piece of technology that recognizes words as well as humans do. According to a team of researchers from the company’s AI and Research division, the company’s speech recognition system has a word error rate of 5.9%, which is about equivalent to a human.

“We’ve reached human parity,” said Xuedong Huang, the company’s chief speech scientist, in a statement. “This is an historic achievement.”

The company will use this milestone to help improve their consumer and business products, and bring more features to its intelligent assistant Cortana.

Node.js v.6.9.0 released
Node.js v6 is moving into Long Term Support with the release of version 6.9.0. According to the Node.js team, Long Term Support ensures enterprises and users can use a version of Node.js that is stable without having to continuously upgrade.

Node.js v6, codenamed Boron, will remain as active in LTS until April 2018. Afterwards it will move to maintenance until end of life (April 2019).

The new release features performance, reliability and security improvements, as well as the V8 JavaScript engine 5.1 and a majority of ECMAScript 6 feature support.

“TLDs are the top level of the Internet Domain Name System (DNS), and they collectively host every domain name on the Internet,” wrote Ben McIlwain, software engineer at Google, in a blog post. “To manage a TLD, you need a domain name registry—a behind-the-scenes system that stores registration details and DNS information for all domain names under that TLD.”

Nomulus is designed to use Google Cloud Platform, manage any amount of TLDs, and support TLD functionality. “We hope that by providing access to our implementation of core registry functions and up-and-coming services like Registration Data Access Protocol (RDAP), we can demonstrate advanced features of Google Cloud Platform and encourage interoperability and open standards in the domain name industry for registry operators,” McIlwain wrote.

Rust is looking for developers, testers and people with expertise in various editors to “flesh out support,” wrote Jonathan Turner, a Mozilla engineer. The early release may “eat” a developer’s hard drive, so the Rust team recommended only using RLS with code you are making regular backups of, he wrote.

The RLS uses the Language Server Protocol, a JSON-RPC protocol backed by Microsoft and Red Hat. Eclipse and Visual Studio Code also support this protocol, and it should be possible to add support to other editors.

Google Cloud Shell’s new code editor
Google Cloud Platform users have been searching for a way to edit code and configuration files without leaving the browser, which is why the Google Cloud team created a new feature: an integrated code editor.

Developers can go to the Google Cloud Console and click on the Cloud Shell icon on the top right section of the toolbar to get started with the editor. The new editor is based on Eclipse Orion, and it’s also a part of the Google Cloud Shell. The editor comes with the Cloud SDK and other essential tools.
Other abilities of the new editor include the ability to write a sample app, push apps into a cloud source repository, and debut apps with Stackdriver Debugger.