Hyundai has announced ahead of Google I/O later this week that the 2015 Hyundai Sonata is the first consumer vehicle to integrate Google’s Android Auto automotive OS.

More details are available in the Hyundai announcement. 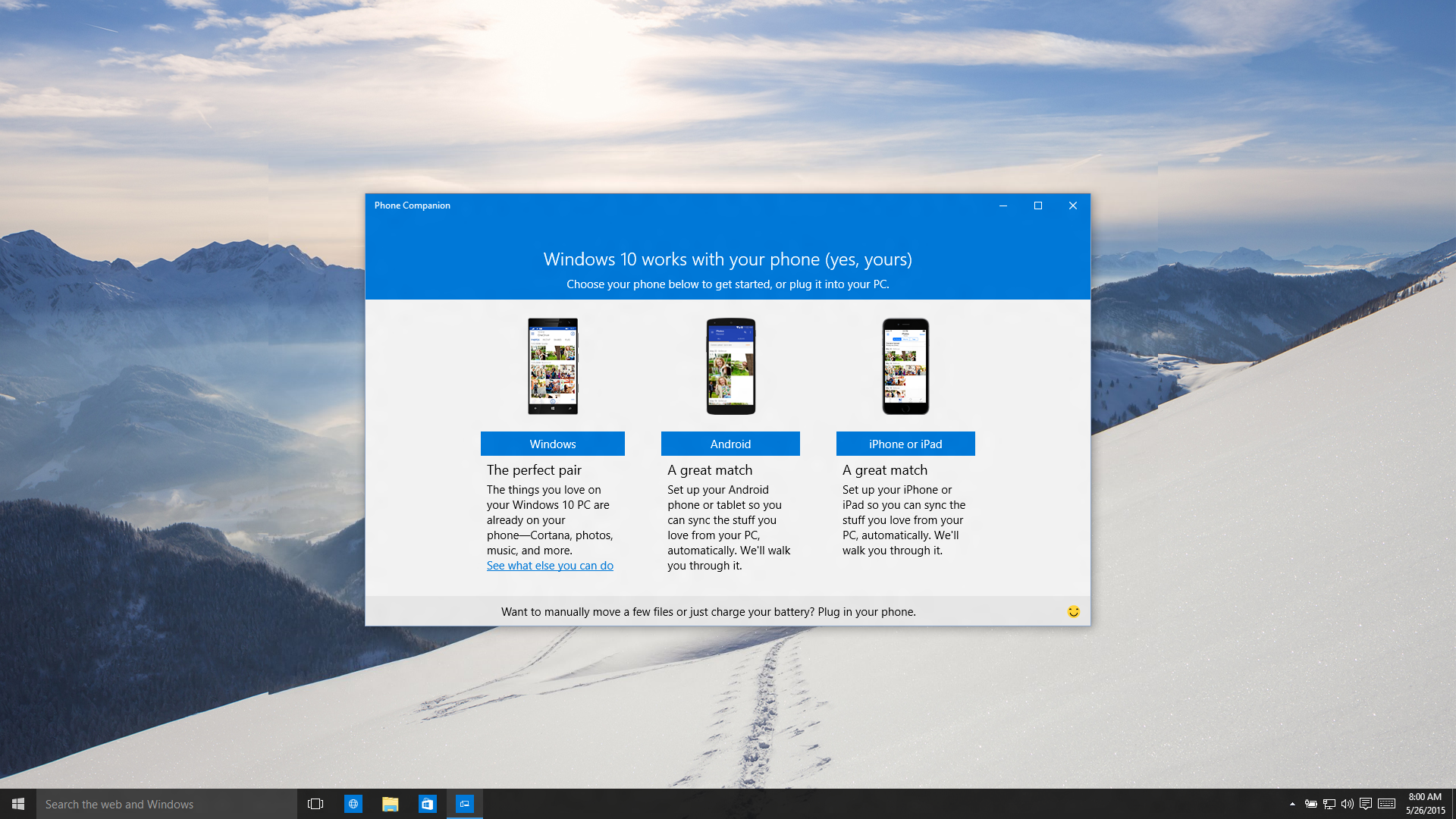 To help connect Windows PC to a phone, Microsoft is releasing a phone companion app with Windows 10, and will provide directions on how to make the two work together.

In addition, Microsoft also announced Cortana will be available on Android phones and iPhones.

BlackBerry layoffs continue
As BlackBerry struggles to stay in the smartphone market, the company is reportedly about to make an unspecified number of layoffs, according to Business Insider.

“As the company moves into its next stage of the turnaround, our intention is to reallocate resources in ways that will best enable us to capitalize on growth opportunities while driving toward sustainable profitability across all facets of our business,” BlackBerry said in a statement to AFP, Business Insider reported.

The layoffs are expected to come from the company’s software, hardware and application units.

According to CNET, Mozilla CEO Chris Beard sent out an internal company e-mail notifying employees that it is reconsidering its $25 smartphone program, and will revamp its internal development with new strategic design principles with the goal of developing advanced features for smartphones, the Internet of Things and other connected devices.

In the e-mail, Beard commented on the adversity Mozilla has faced with Firefox OS, leading to the change in strategy.

“I’m very aware of the stress all Mozillians, particularly those closely associated with Firefox OS, have endured the last few years,” he wrote. “Anyone who thought it would be easy to take on, not only the three most formidable players in the tech industry, but in any industry, surely has learned otherwise. Firefox OS is critical to ensure the Web remains the single greatest public resource the world has ever known. Please join me in the next phase of the fight.”

FIDO unveils the FIDO Certified testing program
The Fast Identity Online (FIDO) Alliance wants to make sure products and services adhere to FIDO 1.0 specifications. FIDO is an organization working to reduce the reliance on passwords to authenticate users. The FIDO Certified testing program is designed to measure compliance and ensure interoperability of products and services that support FIDO 1.0 specifications.

“FIDO certification satisfies a need to ensure that implementations of the FIDO specification are uniform across products and that those products are interoperable,” said Brett McDowell, executive director of the FIDO Alliance. “The FIDO Certified program offers the type of oversight that vertical industries need to hasten the adoption of strong authentication products that stretch across enterprise boundaries and the range of mobile and other devices key in today’s computing environment.”