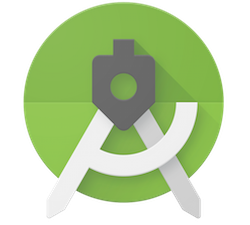 The C++ performance profiler is new to the release and designed to help developers troubleshoot performance bottlenecks in their code.

“For those of you with a Room or SQLite database in their your app, we added better code editor support to aid in your SQL table and query creation statements. We also added better lint support for your Kotlin code, and accelerated your testing with an updated Android Emulator with Quick Boot,” Jamal Eason, product manager for Android, wrote in a post.

“We know that many Linux distros rely entirely on open source software, so we would like to bring WSL closer to the OSS community,” the company wrote in a blog post. “We hope open sourcing this project will help increase community engagement and bring more of your favorite distros to the Microsoft Store.”

This round was led by Nordic seed stage investment company Superhero Capital, with participation from Reaktor Ventures and Business Finland, the Finnish Funding Agency for Innovation.

NVIDIA announces new virtual reality headset
NVIDIA has announced the HTC VIVE Pro VR headset, powered by NVIDIA GPUs.. According to the company, the VR headset is designed to improve display resolution by nearly 80 percent compared to its predecessor. This will help provide developers and VR users with visual clarity, clear audio and comfort.

“VR headsets require powerful GPUs to refresh at the 90 frames per second needed for a smooth, comfortable experience. With 78 percent more pixels, VIVE Pro raises the GPU performance workload to the next level — and NVIDIA GPUs deliver,” the company wrote in a blog post.