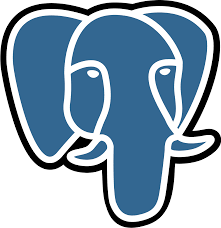 The open source database PostgreSQL has announced the release of their latest version, PostgreSQL 10. It includes the ability to distribute data across many nodes, also known as a divide and conquer strategy. Other features include logical replication, declarative table partitioning, improved query parallelism, quorum commit for synchronous replication, and SCRAM-SHA-256 authentication.

Logical replication will enable users to send modifications to different databases. The new release improves upon the existing table partitioning by providing a new syntax, which allows users to create and maintain range and list partitioned tables. The update also provides better queries by enabling more parts of the query execution to be run in parallel. The quorum commit allows for flexibility in how the primary database gets confirmation that changes were successfully written to replica databases. And the SCRAM-SHA-256 authentication is designed to provide a more secure way of authentication than what was previously in place.

Microsoft Edge to be released on iOS and Android
Microsoft has announced that they will be bringing Microsoft Edge to iOS and Android devices. Currently, it is available in iOS to limited number of users as a part of Apple’s TestFlight system. It will be available soon as part of the company’s Play Store Early Access. Microsoft Edge is built on the EdgeHTML platform, but the iOS version will be built using the WebKit engine and the Android version will be built using the Blink rendering engine from Chromium. The mobile version will be able to sync with the desktop version so that users can open pages on their phone and then pick up where they left off on their computer.

“A web platform is a complex piece of technology that in many respects duplicates aspects of an entire operating system in a single app,” Sean Lyndersay, principal program manager lead for Microsoft Edge, wrote in a post. “Taken in that light, it should then not be a surprise that we have chosen to adopt the core web platform technologies on each of the app platforms we are announcing today.”

ReactOS moves to decentralized Git repository
The ReactOS source code has been migrated to a Git repository. According to the company, the team has been wanting to move to a decentralized repository for years, but were unable to do so until now. They are still in the process of rewriting development documentation that reflects changes after the Git migration. “We expect that this move greatly improves the way we collaborate on ReactOS development and reduces the barriers for newcomers,” said Colin Finck in a blog post.