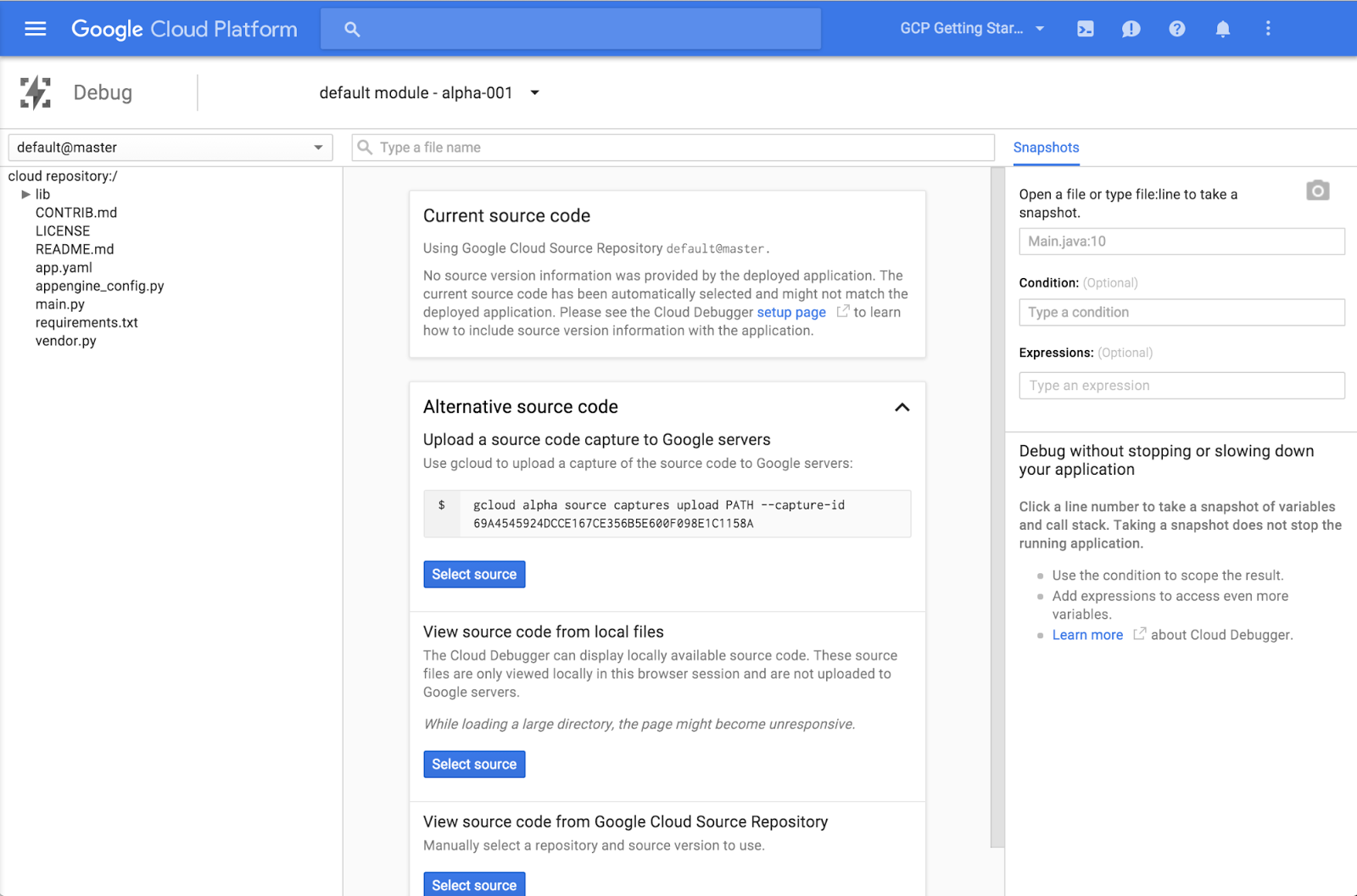 Google Cloud Debugger lets developers inspect the state of an application at any code location without stopping or slowing it down. It now has an enhanced UI, expanded language support, and debugging from more places, according to the Google Cloud Platform blog.

This can be viewed in the application state without adding logging statements, and Google has made several improvements to Cloud Debugger that’ll make production debugging more accessible and more intuitive.

Some improvements include Cloud Debugger helping find bugs quickly and fix them in production. It started with support for Java applications running in App Engine Managed VMs, and Google has expanded support for more languages across the platform.

Go hits 1.6
The seventh major stable release of the Go programming language has been announced. Go version 1.6 is an incremental release that features support for HTTP/2 in the net/http package. Support for HTTP/2 will be enabled by default in Go 1.6 for both servers and clients using HTTPS. According to the Go team, this will give a wide range of Go projects the benefits of the new protocol.

Other features include improvements to the template packages with support for trimming spaces around template actions; support for vendor directory-enabled by an environment variable; enhancements to the runtime; and new rules for sharing pointers between Go and C code.

Red Hat brings DevOps to networking
Red Hat has announced it is extending its IT automation and DevOps platform in order to bring DevOps to networking. Ansible will now include native agentless support for automating heterogeneous network infrastructure devices using the same human and machine-readable automation language that Ansible provides to IT teams.

This move will allow network teams to apply DevOps methodologies to their network infrastructures with the ability to build and operate heterogeneous network devices. It also allows systems and app teams to include network devices in a holistic approach to app workload management, and it provides executives and senior management with a framework that integrates diverse network devices without having to introduce vertically integrated, vendor-specific apps and operational methodologies.

“Over the past year, we’ve worked extremely hard to simplify how our users interact with our products for deployments of any size and scale,” said Shay Banon, cofounder and CTO of Elastic. “With the Elastic Stack, X-Pack and Elastic Cloud, it’s now easier than ever for developers, startups and enterprises to deploy our products across a broad spectrum of use cases.”

“Today, applications require graphical and tabular reports that empower end users to quickly find new information and opportunities. Developers want the ability to build information-rich report configurations as quickly and easily as possible, while providing a modern look and feel for their end users,” said Michael O’Connell, chief data scientist at TIBCO. “We also listened to our customers building SaaS apps: they are looking for more sophisticated multi-tenant scalability to efficiently manage elastic application workloads without incurring added resource expenses. We built that into Jaspersoft 6.2, making this one of the most advanced embeddable multi-tenant reporting and analytics solutions on the market.”