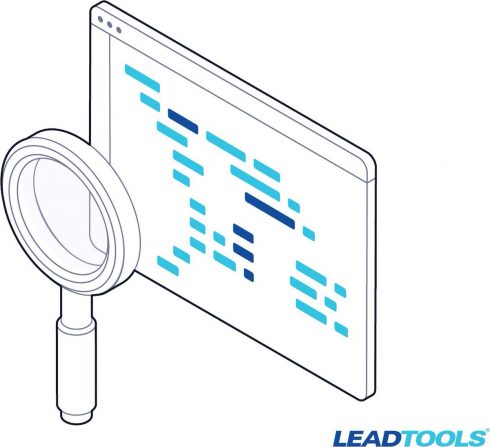 Handling digital images, integrating them into applications, dealing with different form designs and easily setting OCR language during recognition, are just a few of the issues developers need great tools for.

LEAD Technologies, Inc., founded in 1990, and headquartered in Charlotte, N.C., has as its foundation product LEADTOOLS, which continues to be the market leader in development tools for digital imaging and compression. The product is a family of toolkits built to give developers a leg up when integrating imaging into applications. LEADTOOLS toolkits give application developers millions of lines of code to choose from. It integrates raster, document, medical, multimedia, and vector imaging into desktop, server, tablet, and mobile applications.

For its continuing innovation and leadership in the imaging space, LEAD Technologies has been selected to the SD Times 100 for 2019 in the API, Libraries and Frameworks category.

With the advent of cloud services, more organizations are moving critical applications to its various forms. This means that the imaging associated with those applications must also move. The mechanics of integrating them can be complex for developers. In July 2018, LEAD released the LEADTOOLS Cloud Services, a web API hook into the LEADTOOLS SDK to answer developer demand. In April, it released a major update to Cloud Services that included 4 new end-points: ConvertRedact, Merge, ExtractAAMVAID, and ExtractBusinessCard.

Alongside the new endpoints, it added some additional parameters to existing services: The ability to set the OCR Language during recognition and the ability to control the quality to size tradeoff. Also, as part of this update, a lot of speed and stability enhancements were added.

“Since we released LEADTOOLS Cloud Services last summer, the user base has exploded. As users request additional technology to be added for their particular needs, we have been quick to add to the growing selection of methods its services provide,” says Hadi Chami, LEADTOOLS Developer Support Manager.

The company will continue to add new web API functionality to LEADTOOLS Cloud Services to enhance and expand its cloud footprint, and according to Chami, it is also in the process of expanding the use of machine learning (ML) and computer vision throughout many more features of its SDK.

Over the past two years, there have been many major version updates to the LEADTOOLS v20 SDK. For example, document library and annotation updates that include searchable redaction, high-level OMR SDK features that no longer restrict the user to a specific form design requiring specialized hardware, and new unstructured forms components for automatic and fast business card recognition. Other added capabilities include full 3D volume rendering support for its Zero-footprint Medical Web Viewer. Expanded Xamarin offerings with an Xamarin Image Viewer, Annotations, and a much needed Xamarin Camera Control, that eliminates the need to write native camera code, add to the capabilities.

Organizations, their business executives and IT managers are moving toward integrated technology that embraces cloud-based document management. It enables centralized management, increased document access flexibility, and decreased opex, not to mention better security. The release of the LEADTOOLS Cloud Services has opened doors for developers to use the functionality contained in the SDK even on platforms and languages that were not previously supported.

With the release of its Xamarin Camera Control that provides a common camera interface with control over Android and iOS camera functions, there is no need to write native code for each device platform. One line of XAML markup opens the door to capture images, record video, control the flash/torch, and focus the camera. Developers can tap into the live camera feed to process frames in real-time or add barcode recognition, OCR, and image processing filters. These new capabilities position LEAD to penetrate the Xamarin control market.

Chami says, “With nearly 30 years under our belt, we pride ourselves on the ability to adapt in solving a vast spread of growing developer needs. Once just an imaging toolkit, LEADTOOLS has expanded into far more with our Document, Medical, and Multimedia technologies. We’re excited at the direction technology is taking developers right now and you can expect a lot more from us in the coming years.”