Google has unveiled the first prototype of its self-driving vehicle. The vehicle was first revealed in May, but the car Google presented was just a mockup without headlights.

“Since then, we’ve been working on different prototypes-of-prototypes, each designed to test different systems of a self-driving car—for example, the typical ‘car’ parts like steering and braking, as well as the ‘self-driving’ parts like the computer and sensors,” Google wrote on its Google+ page. “We’ve now put all those systems together in this fully functional vehicle—our first complete prototype for fully autonomous driving.”

Google will be testing the car on its test track throughout the holidays and hopes to get the vehicle on the road in 2015. The company’s safety drivers will continue to manage the car for the time being. 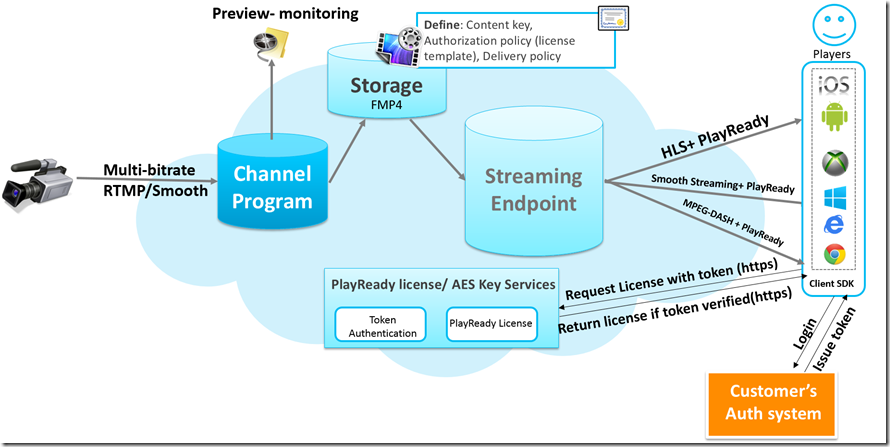 PlayReady is an encryption technology to protect both on-demand video technology and live streams. According to a blog post from Azure Media Services program manager Mingfei Yan, PlayReady can work with a combination of other Azure-supported security mechanisms and protocols, including HTTP Live Streaming, Smooth Streaming and MPEG DASH and AES dynamic encryption for live streaming.

“The update is seamless,” Bill Evans, an Apple spokesman, told Reuters. “It doesn’t even require a restart.”