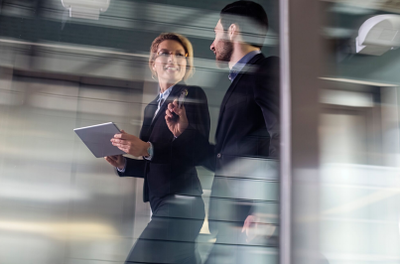 “This changes how end users interact with service management,” said Roy Ritthaler, vice president of product marketing, who joined Micro Focus from HPE. By adding chatbots and virtual agents, SMA-X “provides the modern service experience, with a number of ways to interact with it,” he said. Further, new social collaboration capabilities allow users to vote on the service, ask colleagues for help, translate on the fly, and source answers from the community – all designed to give end users more control and autonomy, the company said in a news announcement.

SMA-X exploits container technology to support physical or virtual implementations, Ritthaler noted. “You can take your license and run it on AWS or on-premises,” he said.

Other key enhancements in SMA-X include codeless and version-less configuration, which speeds onboarding and reduces costs; multi-tenant Managed Service Provider support; and analytics for change management and service agents, as well as for “smart tickets,” featuring OCR and machine learning to accept or reject requests.

Ritthaler said the platform also helps solve the hybrid IT problem of on-premises and in the cloud, as well as bring DevOps teams closer together. “It’s really workloads arriving at a rapid pace over a flexible infrastructure,” he explained. “The infrastructure is completely application-sensitive. If you’re not actually placing the workloads in the right platform to perform and or scale and or be secure, you’re not doing the job these days. It’s a different kind of world. The developers are expecting that to happen quickly, they’re looking at infrastructure being kind of a fungible commodity, that you can run it almost anywhere. But operations people know that that’s not true.

“You’ve got to optimize the environment for the workload,” Ritthaler continued. “[IT teams] have got to know a lot about development. They have to know the characteristics of the workload, they have to be integrated into the workflows in terms of release and in terms of automation, and they have to be in on the collaboration processes upstream. Sometimes, things roll out of the development shop not quite as tested as they need to be, and you can’t put operations at risk because of that, with things like configuration-less code, or infrastructure as code rolling out of the development shop. And when you configure that, you also are changing the configuration of the infrastructure in order to tune it, to run it properly. The last thing you want to do is not be involved in that loop as an operations person and put the operation at risk. But you can’t always run everything as a DevOps team end to end. If the operations team is a separate unit, it has to have a really broad interface into the development process to make sure that things work right and perform right.”