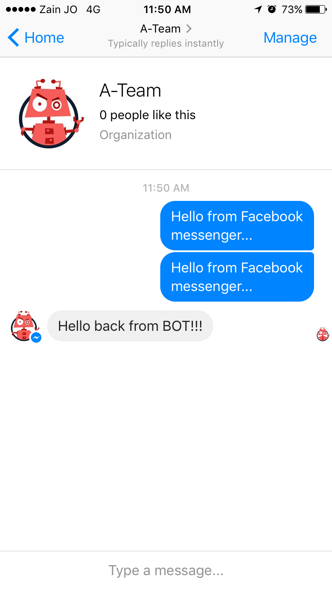 Oracle announced at its OpenWorld 2017 conference that chatbots are being introduced into its Mobile Cloud Platform, to enable natural language conversation between mobile users and their applications.

The platform is underpinned by three core philosophies: that it be open and tool-agnostic, that it use chatbots, and that it have multi-channel analytics, according to Suhas Uliyar, Oracle’s vice president of mobile strategy. “When you look at mobile client developers, they’ve decided the kind of tool they want to use… whether it’s native tools or hybrid tools, PhoneGap or Cordova, or React or Xamarin, or Oracle’s tools, they decide on what’s best for them and what they’re comfortable with,” Uliyar said.

Beyond that, though, Uliyar noted that developers face a challenge when it comes to wiring the front end into the back end, to be able to get data optimized for mobile networks from one or more data sources, and then augment that in the application with outside services such as payment services or credit services. On top of that, developers want to add contextual services, such as push notifications, or consider how the application will work where network connectivity is not always available. “Our goal was to make it simple for client developers to wire their mobile apps into the back end, and take away complexities that cost about 80 percent of a mobile app, and make it easy from a life cycle perspective,” he said. “Mobile apps are updating every one or two weeks, or more quickly. Managing artifacts and version control becomes a real challenge.”

On the chatbot front – Uliyar prefers the term messaging clients – the platform abstracts out the integrations multichannel applications require, such as connections to Facebook Messenger, Slack, WhatsApp, Amazon Alexa, Microsoft Cortana, Apple Siri and Google Home. “There are a lot of nuances between the channels, and the UIs are very different. The developer would have to figure out what to do for each of the channels, in terms of error handling, authentication, and such that is not standardized between the platforms.,” Uliyar said. With Oracle’s platform, a developer can simply “click on a channel and we handle all the underlying integrations.”

Oracle is also introducing a conversation designer to build interface dialogs, reflecting the fact that users want instantaneous responses to their queries in natural languages. The designer is fully integrated with Oracle’s artificial intelligence (AI) components.

“Say the user wants to ‘send money to David,’ ” Uliyar explained. “The first response is, ‘Which account do you want to send money from?’ Checking. Then it would ask, ‘What is the amount?’ Now, I have to check my balance. I ask the bot, ‘What is my balance?’ The bot should be smart enough to know I’ve already picked checking. It says I have a hundred dollars, but I think I have a thousand dollars. Now I’m down another path with the bot going through transactions, but as you build the dialog, the machine learning engine understands the information you’re passing and the context.”

A key to all this, he said, is the AI conversational platform, which provides a way to configure the bot with a simple set of sample phrases – “We call them utterances,” Uliyar said – to cover all the different ways people can ask about their balance. “What’s my balance? How much money do I have? Am I broke,” he said. “That’s the first phase of training.”

There are two types of end-user interactions – transactional, and questioning. “Transactional is ‘buy a concert ticket’ or ‘check my balance,’ ” he said. “The other is questions. ‘How do I do a return?’ ‘Do you ship to China?’ Many companies have a knowledge repository. You can point the bot configurator to that source to build a Q&A bot.”

All of this can use knowledge graph services to marry up equivalent data from different sources. “Let’s say I’m in HR,” Uliyar said as an example, “and I’m doing a resume match. I can process a resume and use the knowledge graph to find David’s social interactions. I can build a graph of a use case from multiple sources of information and use the bot to rank the candidates against each other.”