Survey: Developers happiest when they can learn and grow 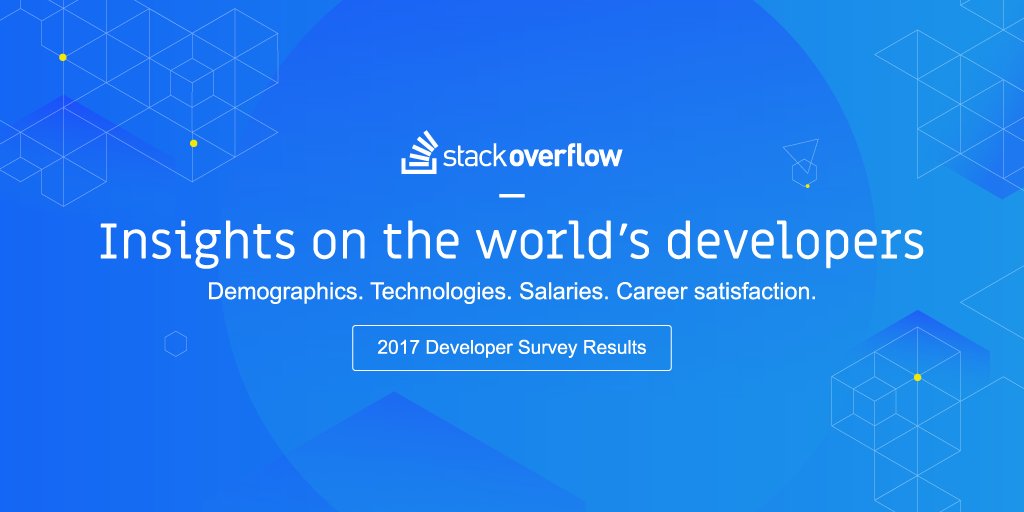 Developers highly value jobs within organizations that provide ongoing learning and professional growth, even more than they value compensation, according to the annual Stack Overflow Developer Survey report released today. Just over half of the respondents, though, said they believe they are underpaid.

The report, based on responses from more than 64,000 developers in 213 countries and territories, looks at issues such as career satisfaction, education, languages and tools they use, according to Jay Hanlon, Stack Overflow vice president. “Internally our core mission [at Stack Overflow] is to help developers learn, share and level up” their skills, he said. “Just from their use of the site, we know where developers live and what they use, but not a lot about what drives them, about what’s important to them in their careers.”

Among the more interesting findings, Hanlon said, is that 50% of survey respondents said they have been working as a professional developer – not a hobbyist – for five years or less, and 74% have been working professionally less than 10 years. The fact that most are working on web and mobile applications is expected, based on the fact they’re learning the newer technologies, Hanlon said. In fact, three-quarters of the respondents identified as web developers; the next most common were desktop developers at 29% and mobile developers at 23%.

Also, more women than men have been developing for less than a year, which Hanlon sees as “a promising sign” for the future of women in development.

But it is the youth of developers that Hanlon said stunned him. If you figure that half the developers have been working professionally five years or less, they’d be between the ages of 25 and 29, he said. “Now imagine if today half the lawyers were 25-29 and the other half were 30 and above. That would be shocking.”

More than a third of developers responding to the survey said formal education didn’t help them all that much in their job, while 90% said they are at least partially self-taught, Hanlon said.

When it comes to employment, Hanlon said the survey reflected that fact that the percentage of developers who are potential hires is large, though many of them are not in the market for a job. This is because 62% of respondents said they are not actively looking for a new job, but would be open to considering a job change.

And 27% said the found their current job because someone they knew contacted them about it, while 18% said they were contacted by someone at the company who reached out to them. “Companies are actively recruiting developers,” Hanlon stated. “When developers moved jobs, most didn’t say ‘I’m going to find a job.’ A large percentage of developers are happy enough in their jobs, but changed when recruited,” he said, based on the factors above – professional growth, continuing education, and increased pay. Employers need to learn how to pitch a developer for a job, he said. Is it salary and perks? Or ongoing learning and growth?

Further, 53% of developers responding said working remotely is the top thing they look for in a job, and those who work remotely full-time find higher job satisfaction, Hanlon said.