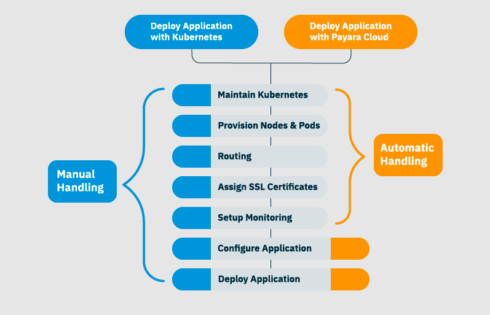 Payara, publishers of an open-source application server for Jakarta EE and MicroProfile project, have announced the launch of Payara Cloud.

The new serverless offering will enable developers to easily run Jakarta EE apps in the cloud. Payara Cloud runs on Microsoft Azure and the Azure Kubernetes Service, and how it works is it accepts a WAR file from a developer, packages it into a Docker image using Payara’s microservices runtime, builds container images, creates a pod that is deployed on Kubernetes, updates the API server to manage ingress on Azure, and creates an SSL certificate.

By taking on all of these steps, developers are able to focus on their code without having to worry about handling all the infrastructure needs.

“Developer experience is crucial to us, and with Payara Cloud we are responding to the growing popularity of platform engineering and its integrated products to deal with operational necessities,” said Steve Millidge, founder and CEO of Payara. “Payara Cloud caters to this growing demand for tools that automate infrastructural tasks; improving efficiency and shortening development cycles.”

According to Payara, it differs from traditional Function-as-a-Service serverless or automated cloud provisioning services because it also handles installation, configuration, deployment, and scaling.

Developers can get started by either deploying an application throught the Payara Cloud interface or through their existing deployment pipelines using a GitHub Action Workflow and Payara Cloud Command Line.

In a future update, the company plans to also add the option to integrate Payara Cloud with external Kubernetes platforms, such as OpenShift or Rancher.

“This is an exciting step for both Payara and Jakarta EE, providing a flexible and powerful route to serverless for the enterprise Java community,” said Mike Milinkovich, executive director of the Eclipse Foundation, which maintains the Jakarta EE project. “Jakarta EE is primed to support the development of modern cloud-native applications. Payara Cloud will facilitate this mission, helping many enterprises leverage existing Jakarta EE skills to simplify their cloud infrastructure management. By playing a key role in Jakarta EE as a Strategic Member of the Working Group, Payara is able to exchange best practices with other leaders in the industry, collaborate and promote new ideas – we empower members to innovate with potentially game-changing products like Payara Cloud.”