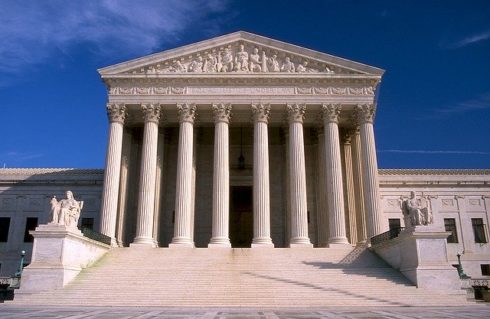 The fight between Google and Oracle is beginning to heat up again. Recent reports have revealed the case is moving to the U.S. Supreme Court.

Google and Oracle have been fighting for what feels like forever now. The two companies have been caught up in a legal dispute since 2010. Oracle maintains its position that Google violated key Java patents when it used the programming language in its Android operating system. Since then, Google has replaced Oracle’s Java APIs with the open-source version.

Google made leeway in 2016 when a federal jury found its use of Java was in fair use and exempt from copyright law. However, Oracle appealed the case and a federal court ruled against Google in 2018. Oracle believes Google owes it at least $8.8 billion in damages.

“What Oracle is seeking here is nothing less than complete control over a community of developers that have invested in learning the free and open Java language,” Google has argued, according to Bloomberg.

This isn’t the first time Google has tried to get the Supreme Court to hear them out. The request was denied in 2014 when a circuit court found the code was subject to copyright laws. Microsoft, Mozilla, Red Hat and other technology companies urged the Supreme Court to take the case after the Trump administration urged the court to reject it once again. The Supreme Court will decide whether or not Google did in fact use the programming language unfairly. If the court finds Google in favor, the case will finally be over. However, if the court rules in favor of Oracle, the case will go back to a federal jury to determine how much Google owes Oracle.