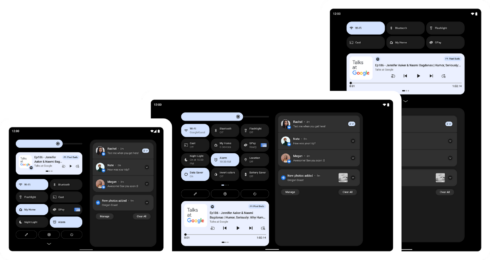 Android released the first Beta of Android 12L, a feature drop for Android 12 that’s built for large screens, for users to test and provide feedback as they prepare apps for the feature drop coming early in 2022. Users can try the new large screens features by setting up Android Emulator in Android Studio.

This influx of financing comes at a time of growth for CloudBees, with new CEO, Steven DeWitt joining the company back in February of this year. This funding will be used to invest in CloudBees’ employees, its product and solution, and developing global partnerships and scale.

MariaDB Corporation and MariaDB Foundation, providers of a SQL interface for accessing data, today announced a new release model for MariaDB Community Server. This release model centers around the goal of delivering new features and innovation to users of MariaDB globally.

Under this new release model, a new community server release series will occur once every quarter, rather than once every year. This brings more opportunities for features and contributions to be brought to customers.

“The cloud has created an expectation of continuous innovation and deployment,” said Max Mether, co-founder and VP of server product management at MariaDB Corporation. “In addition, other successful open source projects… have adopted a similar frequent release model. By changing the release model, we’ll be able to meet today’s expectations for faster and more predictable innovation cycles for the MariaDB community.”

Vercel, a platform to develop, preview, and ship websites as well as the creator of Next.js, today announced the acquisition of Turborepo, a high performance build system for JavaScript and TypeScript monorepos.

Starting today, existing Turborepo users will have access to a migration path to move from Turborepo’s cloud-based caching infrastructure to Vercel. With this, Turborepo CLI is now open source under an MPL 2.0 license. Jared Palmer, creator of Turborepo, will continue to work on accelerating Turborepo’s capabilities and will now lead the build performance team at Vercel.

GitKraken, provider of GitTools, recently announced that startup executive Matt Johnston has joined the organization as the new CEO. This comes among a year of milestones for the company, including announcing a formal name change from Axosoft to GitKraken.

The decision to rebrand as GitKraken is aimed at reflecting the company’s present and future as a provider of several developer tools across the entire Git ecosystem. GitKraken’s suite of tools currently serves more than 10 million developers throughout 100,000 different organizations.

These announcements come at a time of growth for GitKraken. The company’s recent acquisitions of GitLens and Git integration for Jira more than doubled the size of the organization, from forty employees to more than ninety. GitKraken also plans to hire over thirty more employees in Arizona and remotely by the end of 2022.