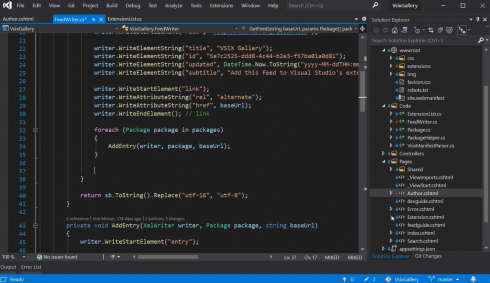 Microsoft has announced an initiative to make Visual Studio more accessible. The proposed features include: whitespace rendering, option collecting, Focus Mode, and audio cues. These are aimed at making the platform easier to use for those with disabilities and the neurodivergent community. The company released a call to action in an attempt to get feedback from real people.

According to Microsoft, whitespace rendering would allow for users to customize the number of character spaces filled by whitespace while indenting, regardless of whether they are using tabs or spaces. This works to make the platform more accessible for visually impaired users who may be using large font sizes.

Option collecting provides users with the capability to only see options having to do with accessibility while viewing the displayed options. Reducing the number of options displayed to show just the pertinent ones results in a more easily customizable experience.

According to Microsoft, Focus Mode would function like the “Do Not Disturb” feature on our cell phones. This feature allows the user to be in control of the notifications they are receiving while working. This works not only to reduce distractions but also to customize notifications to the user’s specific needs with the option to choose what they do and don’t want to be notified of.

Audio cues would be particularly useful for the visually impaired community. This feature would offer more options for hooking up audio cues to events in Visual Studio, making the platform more user friendly for those with visual impairments.

“The magnitude of the work it would mean for us as well as the impact of what that would mean has really helped many of us realize how important our mission of empowering everybody on the planet really is. I’m very proud of the work we’ve done, but I also know that there’s more we can do. Inclusive design makes Visual Studio an amazing product for all users,” Dante Gagne, senior program manager of Visual Studio, wrote in a post.