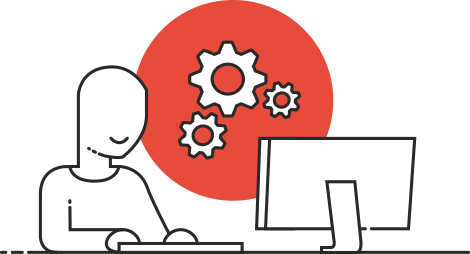 Security Compass has announced new dashboards for its SD Elements platform, which aims to provide DevOps teams with a single view that shows risks from software, infrastructure security, compliance, and policy. The new insights will allow teams to better incorporate risk management and compliance into the process of creating new software. The SD Elements platform is risk assessment solution designed for the entire life cycle.

“Our first-of-its-kind SD Elements platform translates policies to prescriptive, measurable procedures that are used by engineering teams and business units to achieve their security and compliance objectives,” said Ehsan Foroughi, vice president of SD Elements at Security Compass.  “The new risk dashboard feature is our latest innovation that leverages automation for these practices allowing organizations to review the compliance of applications across business units, while rapidly and efficiently deliver technology that is secure by design.”

Along with the release, Amazon has launched Simon Tap, a reimagined version of the classic game, Simon, that uses the Gadgets Skill API with an Echo Button. It has also released Freedom Buttons, Alpha Buzz, Color Tap, and Horse Race for Echo Buttons. A moredetailed list of what each of these can do is available here.

Increasing Rust’s Reach program will run again in 2018
The Increasing Rust’s Reach program will be running again this year, the Mozilla-backed programming language team announced. The program is designed to grow Rust’s community of collaborators and leaders by matching Rust’s team members with people who are underrepresented in the Rust community and the tech industry for a period of three months.

As part of the program, they will offer a fully paid trip to one of Rust’s conferences, the choices being RustFest Paris in May, RustConf in August, or Rust Belt Rust in October.

“We believe the 2018 edition is a great opportunity, not only to simply get new people involved in the Rust project, but to also demonstrate the huge impact that even newcomers to the project can make. Rust is committed to being a friendly and inclusive project that welcomes new contributors from all sorts of backgrounds—we actively want to be a project that you want to work on, and we’re excited to learn about how we can do that better,” the team wrote in a post.

He announced that Terry Myerson will be leaving the company in the coming months and will work with them to ease the transition. Rajesh Jha will be leading a new Experience & Devices team, while Scott Guthrie will lead a new Cloud and AI Platform team.

He also revealed that Microsoft will create a new AI and Ethics in Engineering and Research (AETHER) Committee to form internal policies and dictate how to respond to issues in an ethical way.

“We can’t let any organizational boundaries get in the way of innovation for our customers. This is why a growth mindset culture matters. Each one of us needs to push on what technology can do for people and for our world. It will take courage to keep learning and growing together — encouraging one another’s individual strengths, building more diversity and inclusion across our teams, and collaborating as One Microsoft. It’s amazing what we have been able to accomplish together, and yet I still believe we are in the very early days of what is possible,” Nadella wrote in the email.