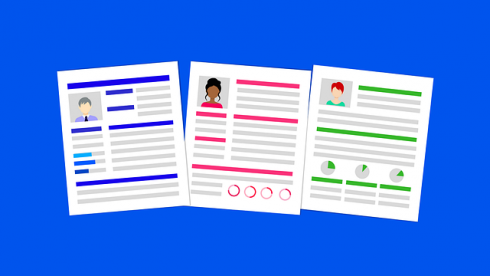 According to CodeSignal, the new IDE works as a flight simulation of the coding environment. This allows for employers to fully assess a candidate’s skill set while also providing said candidate the opportunity to showcase their abilities and prove why they are the right person for the job. Tigran Sloyan, CEO and co-founder of CodeSignal, emphasized that these assessments are designed with relevancy in mind in order to provide the best possible experience for the candidate. “Making sure that the candidates see that relevancy and see that it was very much a simulation of the job, means that even if you don’t do well, you still walk away with an amazing experience believing that it was a good evaluation for that job,” Sloyan said.

With the new IDE, candidates will have the opportunity to interact with code, files, a terminal, and a preview of their application. This allows them to experience the hiring process much like they would experience the actual job, providing a more familiar work environment and a similar experience to coding on local machines. According to CodeSignal, this better allows candidates to showcase their full skill set in a work-like environment, thus making the hiring process more efficient for both the applicant and the employer.

According to Sloyan, the IDE is versatile enough to be utilized throughout every stage of the hiring process depending on the specifications of each organization and the job itself. “Starting at the very top of the funnel… traditionally [a hiring manager] would reject 90-95% of candidates because there’s so much volume and no capacity to actually conduct interviews,” Sloyan began, “Now instead of rejecting based on resumes, our customers give assessments and based on the assessments they move candidates forward.” According to Sloyan, this allows for a more in-depth initial screening of candidates and ultimately provides for a more well-rounded pool of potential hires.

Sloyan continued, “In the middle of the funnel, we have customizable assessments where companies really hone in on the very specific skill set that they’re trying to assess for.” According to Sloyan, at this stage, organizations are able to go deeper than just understanding the overall abilities of each candidate, they can gain a real-world understanding of how applicants will handle the demands of the specific job for which they have applied. This offers the employer a deeper level of insight into what each prospective hire will offer, while also giving candidates the ability to see if the job is the right fit for their particular set of skills.

According to Sloyan, in the last stage of the hiring process the IDE allows for an actual interviewer to be on the other end of the assessment watching the candidate go through each step. By allowing employers to watch candidates as they complete the assessment, they can gain an even deeper understanding of how well the candidate would fare in the position. All of these steps combine to make for the best possible candidate ultimately getting the job while all other candidates have the opportunity to learn from the assessments and see where they can make improvements for the next time.

CodeSignal’s new IDE is also completely customizable, allowing employers and recruiters to set their own threshold for qualifications while creating unique assessments with comprehensive testing options for each open position. These upgrades were made possible by a $50 million Series C funding led by Index Ventures. This influx of funding brings CodeSignal’s total fund to $87.5 million.