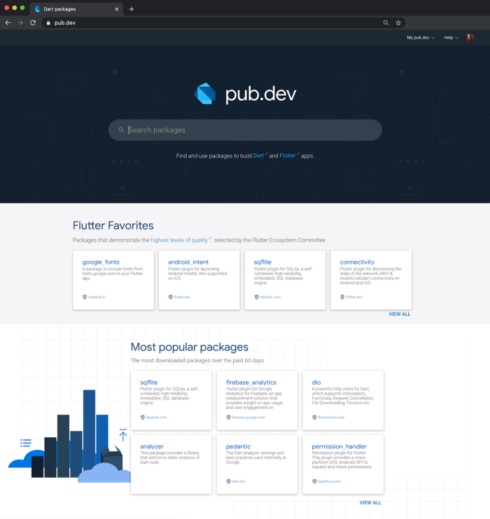 Dart has announced it is launching a new version of its pub.dev site for finding packages. The new site provides scoring metrics to help developers find potential useful packages.

According to Dart, 7,000 packages were published in the past year. The new scoring system takes into account three metrics:

The team explained that the goal of pub points is to “provide a close approximation of measurable, objective quality.” They added that this is a difficult task because developers perceive quality in a number of different ways.

Previously, the scoring model subtracted points for issues. This new model instead issues points for traits in five categories: following Dart file conventions, providing documentation, supporting multiple platforms, passing static analysis, and supporting up-to-date dependencies. Dart plans on adding more categories for pub points in the future, which will raise the maximum number of points a package could have. For example, there are plans to add a score for supporting null safety, and it is investigating how to measure maintainability, testability, and community friendliness.

The new site also features a redesigned UI that is more consistent with the dart.dev and dartpad.dev sites. In addition, it provides packages publishers with actionable feedback on how to improve package quality.

Dart 2.7 released to be safer and more expressive