Facebook’s quest to the VR Horizon 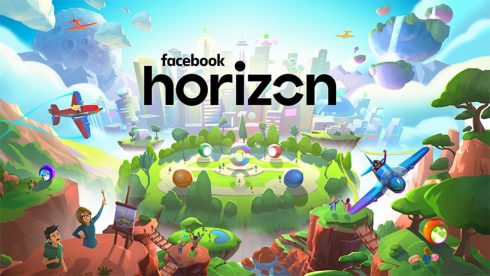 Each year, the promised land for VR seems to be just on the horizon — always visible, yet too far to reach. However, Facebook is determined not to give up on VR with the launch of the aptly named Facebook Horizon. The company announced the virtual reality playground at this year’s Oculus Connect event in San Jose. Within Horizon, users can build their own worlds, create, play games, and socialize.

For example, they can virtually play laser tag on the moon.

No stranger to encouraging social connection, Facebook created its cartoonish virtual reality take on the 2003 game Second Life, in which users could create avatars and enter social forums in a world that reached almost a million regular users by 2017.

Users will be able to design their own worlds and games without knowing how to code like a game developer. Other players can then jump into those worlds using telepod portals.

“Everyone will have the power to build new worlds and activities, from tropical hangout spots to interactive action arenas, all from scratch—no previous coding experience needed. Whether people choose to build, play, or simply hang out, Horizon will ensure a welcoming environment through new safety tools and human guides—Horizon Locals—to answer questions and provide assistance, if needed,” the Oculus team at Facebook wrote in a blog post.

Meanwhile, on the hardware front, Facebook also introduced hand tracking on its Oculus Quest headsets that will be available in an update early next year. The headset already doesn’t need to be connected to a computer to work, but now it also doesn’t need its Touch VR joysticks to track hand movement.

Instead, the headset will use built-in cameras to track hand motion at a fine-grained level by using deep learning technology to approximate the shape of a user’s hand and create a set of 3D points to accurately represent hand and finger movement in VR. The technology will be available as an SDK for developers to create a handful of their own hand-filled applications.

“Not only will the current community of VR enthusiasts and early adopters benefit from more natural forms of interaction, hand tracking on Quest will also reduce the barriers of entry to VR for people who may not be familiar or comfortable with gaming controllers,” Facebook wrote. “Even better, your hands are always with you and always on—you don’t have to grab a controller, keep it charged, or pair it with the headset to jump into VR. From entertainment use cases to education and enterprise, the possibilities are massive.”

In addition, Facebook announced a new capability for Oculus Quest users to access popular Go apps on Quest, as well as new games and a LiveMaps feature that allows users to anchor virtual content in the real world and enable other AR experiences.