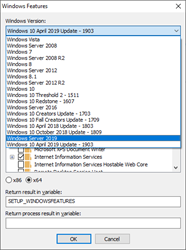 According to the company, version X10 went through almost a full year of research and development to get to this point.

InstallAware X10 makes it so that PC users don’t have to click through endless “Next” buttons when installing software. It includes a new Single Click installation template that allows applications to be installed and uninstalled in a single click. This feature is fully customizable in both its user interface and its runtime setup logic.

It also includes a major upgrade to the IDE, the company explained. Now, IntelliScan will highlight incorrect setup script statements, which will prevent developers from building breaking edits. It also added Code Preview, providing a bird’s eye view of the script topology.

The latest version also includes a number of other features, like Azure DevOps Services, an extensible download engine, multi-part downloads, and features and server roles.