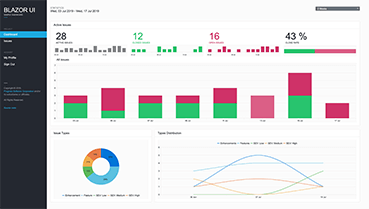 Progress has announced its R3 2020 release, which includes a new lineup of developer tools including Progress Telerik UI for Blazor and Progress Kendo UI.

“Blazor is an incredibly exciting technology for .NET developers, and with this release we offer the most powerful suite of capabilities for building Blazor apps,” said Loren Jarrett, the general manager of developer tools at Progress. “It is our mission to always enable our .NET and JavaScript developers to take advantage of the latest innovations in web, desktop and mobile development, and Telerik and Kendo UI R3 2020 does just that.”

Meanwhile, for developers using Angular, React, jQuery, and Vue, Progress released new controls and support for Angular 10 and Vue 3 including: