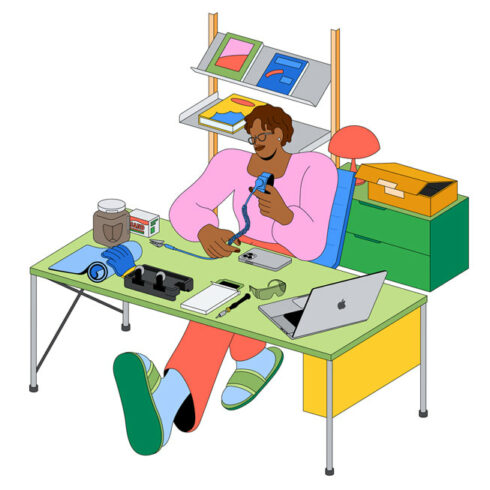 Apple today announced Self Service Repair, which will grant users who are confident in completing their own repairs access to genuine Apple parts and tools. It is available first for the iPhone 12 and 13 lineups, and will be followed by Mac computers featuring M1 chips. Early next year, Self Service Repair will be available in the United States and expand to additional countries throughout 2022.

With this, users will join more than 5,000 Apple Authorized Service Providers (AASPs) and 2,800 Independent Repair Providers who have access to these parts, tools, and manuals. The beginning phase of the program will focus primarily on the most commonly serviced modules, such as the iPhone display, battery, and camera, with additional repairs becoming available later next year.

In order to ensure a user can properly perform the repairs, it is essential that they first review the Repair Manual. Next, the user will place an order for the parts and tools they will need for the repair from the online store. The new Apple Self Service Repair Online Store will offer more than 200 individual parts and tools, allowing users to complete the most common repairs on the iPhone 12 and iPhone 13.

The PlanetScale development team announced that its MySQL-compatible serverless database platform is now generally available. This announcement comes six months after the product was released in beta.

The goal of the PlanetScale database platform is to bring developers a powerful and easy way to use databases in order to provide the best possible developer experience. This is why the platform is serverless, allowing developers to be productive without having to worry about scale.

With the release of the database platform, PlanetScale also closed $50 million in series C funding led by Kleiner Perkins with participation from existing investors a16z, SignalFire, and Insight Partners. Tom Preston-Warner, Max Mullen, and Jack Altman also contributed to the financing round.

Call for Code founding partner, IBM, and its creator, David Clark Cause, announced the winner of the fourth annual Call for Code Global Challenge. The challenge invited innovators from around the world to combat climate change with open source-powered technology.

The goal of Call for Code is to bring together the world’s software developers in order to take on pressing societal issues by using the most advanced technologies to solve problems by creating cutting-edge solutions.

The top prize this year went to Saaf Water, an accessible water quality sensor and analytics platform created for people living in rural areas. Saaf Water will receive $200,000 as well as support to incubate, test, and deploy their solution from the IBM Service Corps and partners in the Call for Code ecosystem.

Netlify, the web developer platform, today announced that it acquired OneGraph in order to drive innovation in the Netlify platform to simplify composing apps with API and services.

With the combination of Netlify and the Y Combinator- and SignalFire-backed OneGraph, users will be able to easily build and manage integrations across third-party services as well as access their own internal services and data. OneGraph utilizes GraphQL as a modern standard for connecting these services, using tooling that is fast, extensible, and reliable.

In addition, Netlify has raised $105 million to accelerate the growth of Netlify developer platform and Jamstack ecosystem. The Series D funding round was led by Bessemer Venture Partners with participation from existing investors Andreessen Horowitz, BOND, EQT Ventures, Kleiner Perkins, Mango Capital, and Menlo Ventures. This brings the company’s total value up to $2 billion.