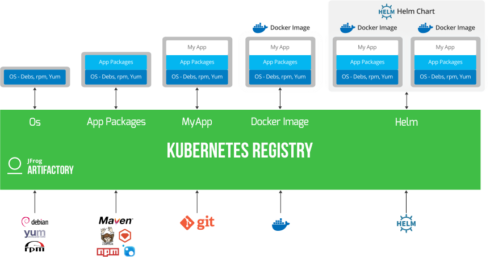 Developers can search among thousands of Kubernetes-ready packages to find the ones they need and discover and launch applications distributed across many public repositories.

“Your Helm CLI can pull all the public Helm charts you use from a single, central place with certainty, and be your single source of truth,” JFrog wrote in a post.

GitLab’s Alert Management aggregates and ranks IT alerts from all of your services to simplify assessment and remediation.

Hasura Cloud public beta announced
The new Hasura Cloud offering is built on the Hasura GraphQL engine, an open-source service that uses a metadata engine to connect to new or existing data sources.

“We want to make GraphQL invisible to API developers, and give API consumers a GraphQL API they love. The logical next step for us was to make Hasura GraphQL engine available as a managed cloud service,” Hasura wrote in a post.

“Learn Swift is especially good for beginners who have not written code before and want a taste of the world of programming. The course assumes no prior knowledge and walks the learner through from the basics of a Swift program to creating mini programs of their own,” Codecademy wrote in a blog post  which contains additional details on the courses.

The initial release delivers strong preventive capabilities, a full command line experience on the client to configure and manage the agent, initiate scans, manage threats, and a familiar integrated experience for machines and alert monitoring in the Microsoft Defender Security Center.

“[This release] makes Microsoft Defender Security Center a truly unified surface for monitoring and managing security of the full spectrum of desktop and server platforms that are common across enterprise environments (Windows, Windows Server, macOS, and Linux),” Microsoft wrote in a blog post.

“Instana’s support for monitoring and tracing application functions running on Fargate allows Dev and Ops teams to get all the visibility they need without taking on additional development or operational costs,” said Chris Farrell, the technical director and APM strategist at Instana.