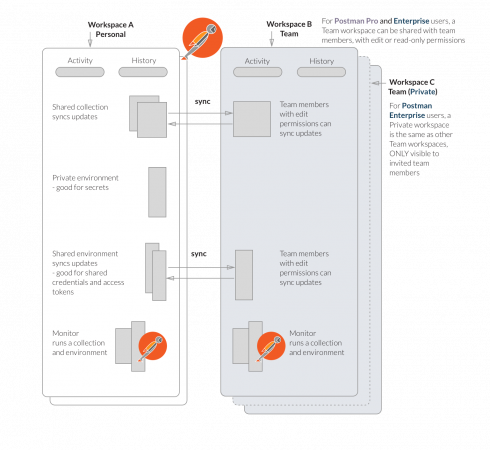 Postman version 6.1 has been released, with new workspace features for enterprises. It now allows Postman Enterprise users to create private workspaces that can be shared with specific team members.

The private workspace will only be visible to the user who created it and those that have been invited to join it. According to the company, this is a way for teams to restrict access to collections, environments, mocks, and monitors to the audiences they are relevant to.

According to Rookout, this can all be done without ever stopping or changing anything in the environment. This allows developers to gain visibility into how code behaves in the real world, not just in simulated environments.

“Serverless is a natural evolution path for cloud computing,” said Rookout co-founder and CEO Or Weis. “But it presents new challenges when it comes to debugging. Rookout lifts the veil and lets developers get full debug data from their production Lambda functions while they run serverlessly.”

The project originated at Comcast, was released as an open source project in April 2015, and was donated to the Apache Incubator in July 2016.

“We are expecting our Developer Package to be a great go-to resource for developers who are either freelancing or working in smaller companies or startups. As Pusher is a company built by developers for developers, we know the key struggles developers go through when starting to build their projects and getting them to market. This is why we want to enable them to have access to the resources they need to build great products and focus on innovation rather than worry about infrastructure,” said Zan Markan, developer evangelist for Pusher.