2020: Testing goes hands off during the pandemic with with more AI and automation 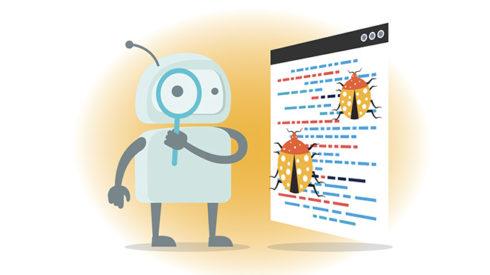 The importance of autonomous testing has mushroomed in importance in 2020 as many companies realized the primary way to connect with consumers is through apps and digital applications, which in turn has increased the amount of testing that needs to be done.

The pandemic has also created a distributed workforce and prompted the need for alternate methods of testing that don’t require being on site.

“Before the pandemic, a lot of mobile testers were relying on the few physical devices they kept in a drawer at work. Now, they’re realizing they need access to a device cloud that provides the same interactive capabilities desktop and web developers get using virtual machines,” said Dan McFall, the president and CEO of Mobile Labs.

About a decade ago, testing was mostly manual. Tests cases were written, functional and UI tests were done, regression, pen and load testing would happen, and the application was deemed ‘good to go.’ Testing has evolved dramatically since those times.

“Application changes occur several times a day now. These changes need to work on many browsers, devices, operating systems and different environments, so you need to do far more work in far less time,” said Gil Sever, CEO and co-founder of Applitools. “You can’t manually write and maintain all the scripts needed, so you need Visual AI to take over these rote aspects of the work.”

Back in March, Applitools released Ultrafast Grid, which simplifies cross-browser testing by eliminating the need to tediously run functional and visual tests individually across all browsers and viewpoints.

Solution providers have focused on the need for an AI-driven approach that can be utilized for both legacy and modern cloud-native technologies.

For example, in October, Tricentis announced Tosca 14 with Vision AI, which automatically recognizes and identifies visual user interface elements and controls across any form factor the same way humans do to aid in the automated generation of robust test cases.

“Test automation technology has evolved from script-based, to model-based, and is now moving towards AI-based approaches. This new approach will enable agile and DevOps teams to build automated test cases much earlier in the development process – starting with only a mockup or a low-fidelity prototype,” Tricentis wrote in a post.

“There is an urgent need to master testing at both large scale and high velocity to ensure high-quality software delivery. To succeed, application leaders need to develop their teams’ competency in autonomous testing to remove testing bottlenecks and accelerate release cadence,” Gartner wrote in its recently published Innovation Insight for Autonomous Testing this year.