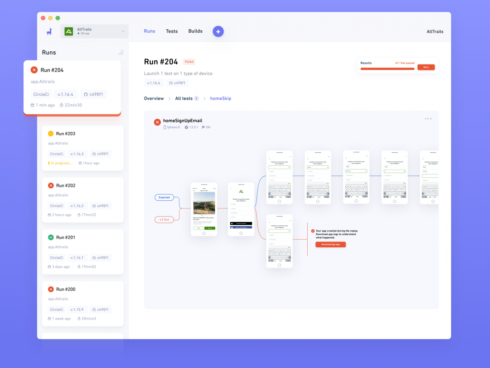 Waldo is now open for sign ups. Waldo is a no-coding testing platform that was designed to help mobile teams build better apps and shift faster with fewer bugs. According to the company, by signing up, users will be able to record tests in their browser, have tests run automatically  against new app versions, and get alerted of any issues.

Additionally, the company announced a $6.5 million seed round.

“Mobile app teams create amazing mobile experiences that influence our daily lives. But the way we test the quality of these apps is nowhere near the standards we set for ourselves or that our users have come to expect,” Amine Bellakrid, the cofounder and CEO of Waldo.io wrote in a blog post. “I started Waldo in 2018 after experiencing this first-hand for too long.”

Bellakrid went on to explain that foremost, the solution requires no coding skills, making it easier for anyone to create automated tests.

With Waldo, users can first upload their files to the platform and walk through it as one normally would do on his/her phone. Waldo records every screen and the logic that connects them to learn how your app is structured.

Waldo then replays all recorded tests against every new version of an app, automatically, making sure that a new feature didn’t accidentally break something else in the app.

If a test fails, Waldo lets the users know precisely where things went wrong so that they can update the failed test or alert their team to fix the issue.

“When it comes to building better apps, testing is just the tip of the iceberg. Right now, we’re focused on fixing what’s broken about mobile testing. But that’s just the cornerstone for a bigger plan to completely rethink how mobile experiences are created,” Bellakrid added. “We believe moving forward we can leverage data to impact product creation early in the process and help teams implement flows that convert and satisfy more.”

Users can now sign up for a free version here.