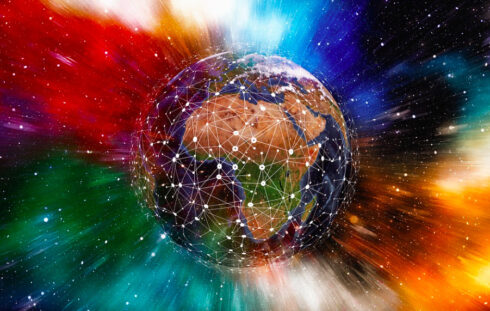 Despite all the hype around Web3, blockchain is not the future of the web. Even the creator of the web, Sir Tim Berners-Lee, wants us to ignore the hype of Web3.

Berners-Lee said in a talk at the Web Summit recently: “It’s a real shame in fact that the actual Web3 name was taken by Ethereum folks for the stuff that they’re doing with blockchain. In fact, Web3 is not the web at all.” Berners-Lee and his team are working on the next iteration of the internet, separate from Web3, called Web 3.0, which he says people often confuse with Web3.

One conference is happening right now to bring together technologists working on and embracing the next phase of modern web development architecture: Jamstack Conf 2022. At the event, Netlify’s senior data analyst Laurie Voss took the stage for another year to discuss the results of the 2022 Jamstack Community Survey, which backs up Berners-Lee’s doubts.

In the survey, they asked users how they felt about Web3. About a third of people said they didn’t care, and 13% didn’t even know what it was. The remaining respondents were pretty equally split between positive and negative feelings about it.

The takeaway here is that Web3 is currently very small, and unless something major changes, he doesn’t expect it to grow.

Another interesting takeaway is that the content management system (CMS) ecosystem is in a transition period, with WordPress on its way out, but with no clear successor yet.

The reason Voss says WordPress is at the end of its time is because it has a low satisfaction score among users, which usually means that in coming years, its usage score will also drop.

According to Voss, a satisfaction score under 1.0 means that people are unenthusiastic about a product and usage will likely shrink, while a score over 1.0 indicates people are happy with it and usage is likely to grow.

While WordPress has a 37% share, which is quite higher than the other CMSs, its satisfaction score is at .5.

“And you would expect that its usage share to be dropping if that was happening,” said Voss. “And that is what has happened. We’ve seen it drop year over year. It’s not collapsing or anything. There’s not a headlong flight from WordPress, but it is slowly deflating, and users are going to other solutions.”

It’s not clear what will take its place, but some possible successors include Sanity, Storyblok, and Strapi, which all have quite high satisfaction scores among their users.

Web components that are natively built into browsers are “about to have a good year,” said Voss.

He said that 32% of respondents said they are regular users of native web components, and the satisfaction score is high at 4.3.

“We are expecting them to get bigger,” he said. “So if you haven’t given it given native web components, now’s the time to give them a spin.”