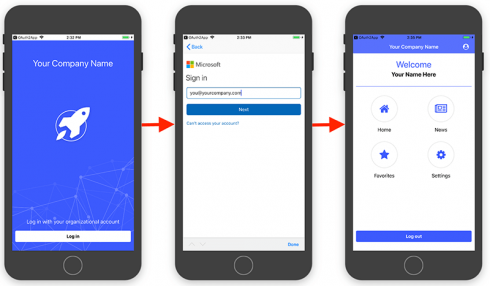 The open-source framework for developing native apps with Angular, TypeScript and JavaScript is getting a major released. NativeScript 4.0 features changes to its application root view, flexible frame composition that can be useful for implementing secondary navigation with frames, modal view changes, updated templates, and multiple independent UI components.

According to the team, this is the first major update since December. Other tooling updates include a configurable project structure, assets generation, LiveSync with Webpack, debugging for Android native problems with Android Studio, and plugin development workflow.

The full changelog is available here.

Going forward, the team plans on improving the development experience, extending existing native iOS and Android apps with native, integration with Angular CLI and a streamlined getting started experience.

Mozilla announces wasm-pack
Mozilla is continuing its effort to improve WebAssembly with the release of wasm-pack. Wasm-pack is a new tool used for assembling and packing Rust crates that target WebAssembly. “These packages can be published to the npm Registry and used alongside other packages. This means you can use them side-by-side with JS and other packages, and in many kind of applications, be it a Node.js server side app, a client-side application bundled by Webpack, or any other sort of application that uses npm dependencies,” Ashley Williams, member of the Rust programming language, wrote in a blog post.

Upcoming plans for the tool include integration with rustdoc, managing and optimizing Rust and JS dependency graphs, growing Node.js in Rust, and further collaboration with npm and bundlers.

Google launches coding app Grasshopper for beginners
Google has announced the availability of the mobile game Grasshopper. The coding app is designed to teach adults the basic principles of coding. By providing basic fundamentals of JavaScript in the game, this will determine if coding can be a viable career switch, according to the company.

“Coding is becoming such an essential skill, and we want to make it possible for everyone to learn even when life gets busy. We made Grasshopper to help folks like you get into coding in a fun and easy way. And we put Grasshopper on a phone so you can turn your commute or waiting in line into a learning moment. We hope you like it and that it helps you embark or continue your journey in learning to code,” the company wrote on its website.