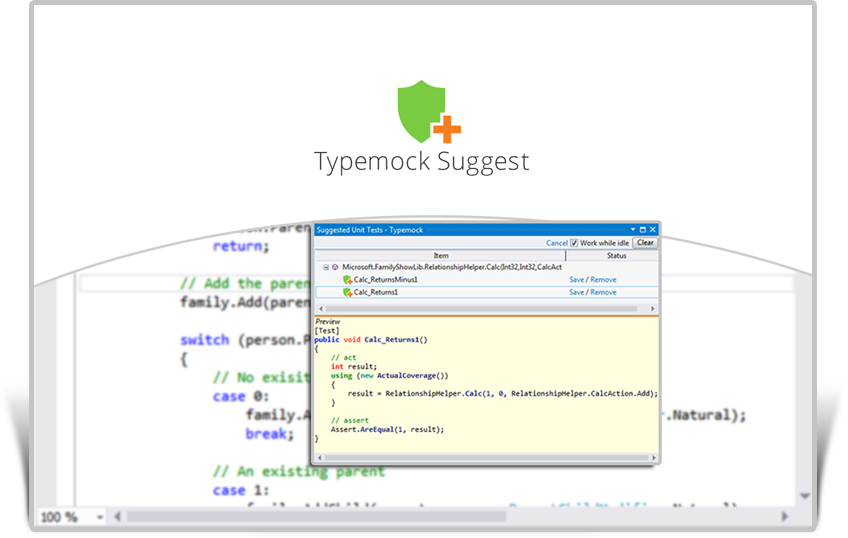 The complexity and lengthy process of unit testing is a bit of a challenge to some developers, which is why Typemock has launched Isolator v8 for .NET developers. It features an artificial intelligence bot that generates suggestions to test the validity of the code as it’s written.

Typemock has focused on making companies and developers more agile since 2005, and over the past few years, it has updated its Isolator tool to help companies automate their tests and prevent code decay.

(Related: The key to software testing is automation)

To keep up with other agile solutions, Typemock created the artificial intelligence bot Typemock Suggest. The company said it is able to suggest code that covers the parts and logic of any pre-existing code that does not have implement unit testing.

Suggest provides a template and offers a test with setup, isolation, mocking and verifications, delivering maintainable and readable tests that .NET developers can add to their own suite of tests.

“Typemock Suggest takes legacy code and it runs it through the special bot—the special AI—and it suggests a few unit tests for the developers,” said Eli Lopian, founder and CEO of Typemock. “It knows what’s happening in the code, it can analyze it and run it in different permutations and mutations.”

“Everybody wants to be fit, but the price you have to pay is you have to go to the gym and work out—you have to write these unit tests which aren’t actually the code that’s being used, [and] it’s not really productive,” said Lopian.

Within the Isolator tool, the isolation/mocking component allows developers to isolate their code into smaller pieces from a bigger system, letting them more easily write the tests.

There is also a smart runner component that is integrated with Visual Studio. Lopian said that this allows developers to run tests automatically or manually, and it has incremental running, which means it knows what test needs to be run so a developer doesn’t have to run tests on a whole suite.