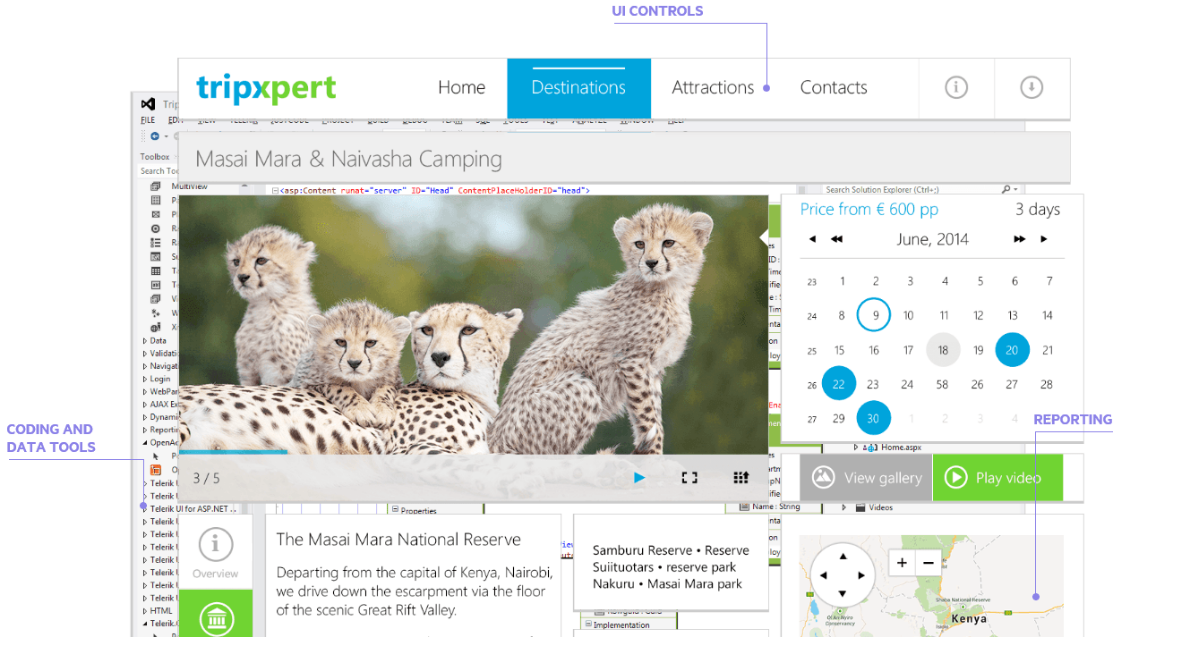 Progress has announced the latest release of its UI toolbox for web, mobile and desktop development. The latest version of Telerik DevCraft features support for Angular 2, ASP.NET Core 1.0 and Universal Windows Platform.

HashiCorp announces Consul 0.7 release
HashiCorp has announced its latest release of Consul 0.7, which brings a major update with new features and improvements. The release is focused on making it easy to operate Consul clusters, and there are key foundations that will allow for future operational improvements.

Consul is a data center runtime that can run at scale to thousands of nodes with services across multiple data centers. There area a few major highlights with this new release, including a new transactional key/value API. This can be combined in a single transaction to perform a combination of reads, writes and lock operations.

Also, this release allows operators to run Consul clusters with ease because the new version of Consul upgrades to stage one of the v2 HashiCorp Raft library. The new library can handle cluster membership changes and recovery after a loss of quorum, according to HashiCorp.

This debugger is capable of debugging multiple targets, and it can connect to and debug Firefox. It also connects to Chrome and Node, experimentally. According to a blog post written by Bryan Clark, product manager at Mozilla, the debugger connects to Firefox using Mozilla’s Remote Debug Protocol (RDP), and it communicates with Chrome and Node using Chrome’s RDP.

Additionally, the debugger.html project is hosted on GitHub, and since it uses modern frameworks and tool chains, it is easily accessible to developers.

Microsoft advances in speech recognition industry
A recent benchmark evaluation against the industry-standard Switchboard speech-recognition task reports that Microsoft researchers have achieved a word error rate (WER) of 6.3%, which is the lowest reported WER in the industry.

“Our best single system achieves an error rate of 6.9% on the NIST 2000 Switchboard set. We believe this is the best performance reported to date for a recognition system not based on system combination. An ensemble of acoustic models advances the state of the art to 6.3% on the Switchboard test data,” according to a research paper that was published Tuesday.

Previously, IBM said it achieved a WER of 6.6%, and 20 years ago, the error rate of the best publishes research system had a WER of more than 43%.

Researchers believe these technologies can reach a point where the machines understand humans just as well as another person would, according to a blog post by Richard Eckel, general manager of corporate communications and public affairs at Microsoft. This aligns with Microsoft’s strategy to put more personal computing experiences inside its technologies like Cortana and the Skype Translator.

GitHub releases the State of the Octoverse
GitHub is providing new insights from its ecosystem (a.k.a. the “Octoverse”) over the past year. According to the report, more than 5.2 million new developers joined GitHub last year, with 800,00 creating their first pull requests.

In total, the code repository provider saw 316 programming languages being used, with the most popular being JavaScript, Java, Python, Ruby and PHP.

The organizations with the most contributors included Microsoft, Facebook, Docker, Angular, Google and Atom.