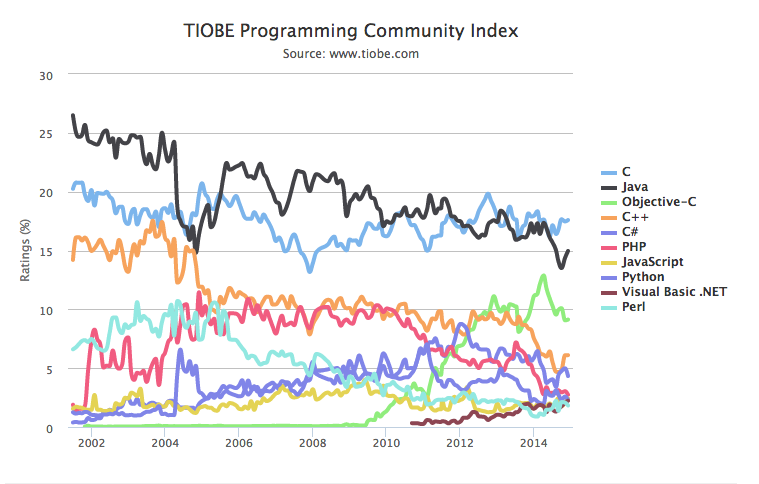 Elsewhere in the rankings, the top six languages stayed right where they were. C, Java, Objective-C, C++, C# and PHP maintained their order atop the index, while JavaScript jumped up another three spots from 10 to 7. Google’s rival Dart language saw modest growth as well in terms of popularity, but was leapfrogged by a couple languages with a bit more momentum and now sits just outside the Top 20 languages at No. 22. The steepest declines in popularity belonged to Transact-SQL (from 9 to 13), Ruby (13 to 18) and MATLAB (14 to 20).

TIOBE’s index is generated based on the number of software engineers worldwide, the number of programming language courses, and the number of third-party vendors. It also takes into account search engine data when generating language ratings, and it does not factor in how many lines of code have been written in a particular language.

The TIOBE programming language of the year award will be announced in January 2015. The full December index is available here.