It’s easy to look around Silicon Valley and determine that the days of the refrigerator-sized mainframe computers are over. Clouds are big, and OpenStack promises a future where everyone can run their own cloud inside their enterprise.

But the core business applications of yore are still out there, running on giant machines in basements, making it tough to pinpoint the exact moment of obsolescence for these platforms.

“To the contrary,” said Derek Britton, director of product marketing at Micro Focus, “in a survey that we released last year, 590 global CIO- or IT director-level executives said, on average, that they expected their organizations to continue to rely on mainframe applications for 10 years. Further, 32% of the respondents believe that they will still be using mainframes beyond 10 years’ time.”

That is, of course, assuming you can even make the statement that the mainframe is actually obsolete. While it is true that few companies are even considering large single systems as a solution for any modern business problem, there are still plenty of mainline applications in the enterprise software world that run on old-school mainframe hardware.

“Last I knew, IBM was still making a ton of money off of their mainframes,” said Paul Green, senior technical consultant at Stratus Technologies. “It is telling that while they have sold off the PC business to Lenovo (first the ThinkPads, and then the x86 servers), they have not sold off the mainframe business.”

Green has been in the big computer business since Stratus was founded in 1980, it became a leader in non-stop computing into the 1990s by selling large computers to banks and the Department of Defense. Today, the company still sells servers that run its VOS operating system, but Green admits that this environment survives primarily because it is now POSIX compliant.

Still, those Big Iron servers are being sold to enterprises around the world, and to companies that still develop in languages like COBOL, said Green.

The decline of the mainframe
That’s not to say that mainframes are a growth sector. For example, CA in January reported a 4.2% year-over-year Q3 decline in its mainframe business. Certainly, cloud computing has all but eliminated the need for large, powerful, fault-tolerant hardware. But Stratus has kept up with the times by developing everRun, software based on KVM that ties two machines together, effectively making fault-tolerant applications even more so.

Fault tolerance is the recurring theme in the mainframe world. It’s also a reason that large servers were so readily replaced by massive farms of commodity hardware. As computing power became cheaper, the constraints placed on the developers writing applications have loosened. Green said that an application to run on a company’s one and only computer is written very differently from one written to run inside Amazon Web Services.

“When we started in 1980, client/server applications were a new concept. We rode that wave of saying ‘use our Stratus computers, write your code in a client/server paradigm, and you’ll be able to scale your application as your business grows,’ ” he said.

“For a time, almost all the programming was done in compiled languages,” he said. “In the early 1990s, you start to get things like Perl. It’s not so popular now, but it was extremely popular in those days because suddenly you could write very powerful programs and not have to worry about the rough edges of the compiled languages. It was a very rich programming environment. A lot of data structures you would have had to create in other programming languages are just there in Perl. Perl just says, ‘Here’s a hash table, have a nice day. Here is a number, it can be an integer a floating point, whatever. We’ll deal with that later. Here’s a string, don’t worry about how long it is.’ ”

As a result, developers were able to write higher-level applications that took advantage of increasing CPU power, rather than increasing human understanding of computer science. Whereas before applications were written and optimized down to the bit, and could thus run efficiently for decades, new software was being pulled together faster in less-performant languages, leaving less and less space inside the single system for multiple users and applications.

Legacy apps keep Big Iron alive
Yet Micro Focus’ Britton said that those old applications continue to run businesses to this day. “We regularly encounter clients who continue to use applications that were conceived decades ago,” he said.

“They may still leverage mature platform technology, older software variants and the like, but in many cases the applications are a far cry from the code that was originally delivered. Evolving business and technology demands have created a constancy of change, which means for many applications we see they are largely unrecognizable from their original predecessors.

“COBOL, the language, has undergone a constant evolution in its 55-year history. Newer COBOL standards make the language comparable with modern development techniques and include provisions for managed code, object orientation, etc. Importantly, Micro Focus ensures that we support all variants of the COBOL standard, which ensures older applications conforming to an older standard will continue to function as they always have.

Perhaps, when discussing the demise of the mainframe, the real question isn’t where has Big Iron gone, but rather where have the applications that used to run on large servers gone?

“Mainframes are shackled with clichéd impressions of their size and appearance, much of which is based on science-fiction movies of yesteryear,” said Britton. “Today’s modern mainframe environments fit easily under a desk… However, with the continued investment and improvement in performance, capacity and green credentials, the best mainframe will always be the latest model. IBM [was] set to unveil its next variant…in January, and we eagerly anticipate another breakthrough moment in mainframe technology.

“When…ideas or products don’t evolve or improve, demand wanes, and the pace slows down again. Continuous innovation—to get something more out of what’s already there—is central to long-term product success across industries.

“Look at the iconic Porsche 911. Class-leading in its original 1963 form, Stuttgart’s finest export was sold into a highly competitive market where other suppliers have invested heavily to compete with this legendary product. But over 50 years of continuous development and improvement has maintained the market-leading status for the Porsche [make], and the 911 remains a class-leading product with an enviable market share. There are some similarities between the latest model and the original, but fundamentally only the concept remains. Everything else has evolved through innovation and investment.” 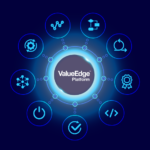