BellSoft teams up with VMware to improve OpenJDK 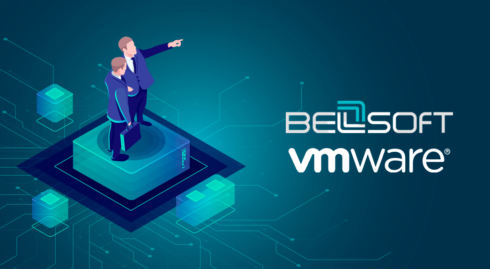 OpenJDK usage has ramped up significantly in the past few years, and even more so in the past year after Oracle’s decision in 2019 to change their licensing model for Java so that only paid subscribers would get updates for Java SE. A Snyk survey from 2020 revealed that only 34% of Java users utilized Oracle JDK, while 53% used OpenJDK. This was a 36% positive change from the previous year for OpenJDK, and a 36% decrease for Oracle JDK.

BellSoft, one of the largest external contributors to OpenJDK, has announced it is teaming up with VMware to improve OpenJDK even further. As part of the collaboration, BellSoft will provide its OpenJDK distribution, Liberica JDK, and full support for VMware Tanzu. Together, the two companies will work closely with the OpenJDK community to bring it to the next level.

The main areas for improvement, according to Alexander Belokrylov, CEO of BellSoft, are to enhance support for ARM processors and optimize Java for cloud deployments and microservices architectures.

According to Belokrylov, ARM64 architectures are increasingly being considered as viable replacements for ARM and x86 processor architectures, and in some cases are actually better. BellSoft has worked to enhance OpenJDK on these processors. For example, it created JEP 315, which improves existing string and array intrinsics on AArch64 processors, as well as implementing new intrinsics.

Another pressure point for Java is the increasing popularity of microservices. A 2020 survey from JRebel revealed that 50% of Java developers were working with microservices.

The move to more microservices-based architectures has also put pressure on Java and competition from languages like JavaScript, Go, and Python, due to the fact that Java has higher memory and CPU requirements and longer startup times, Belokrylov explained. “As a response for that demand, we released more than a year ago already, Liberica JDK, an OpenJDK binary based on Alpine Linux container on Alpine Linux based image, and what differentiates Alpine Linux from other Linuxes is the size of the container, the size of the Alpine Linux container is around like 5MB only, which allows it to run OpenJDK,” Belokrylov added.

Java doesn’t work out-of-the-box on Alpine Linux, but one of the JEPs BellSoft is currently involved with, JEP 386, aims to bring support of OpenJDK for Alpine Linux.

“We want to bring industry-first innovations with our partners to provide customers with fast and professional support, high level of trust and flawless security capabilities. We are really happy to become a partner of such a comprehensive ecosystem and we believe these plans have earned us recognition from today’s leading specialist,” said Belokrylov.