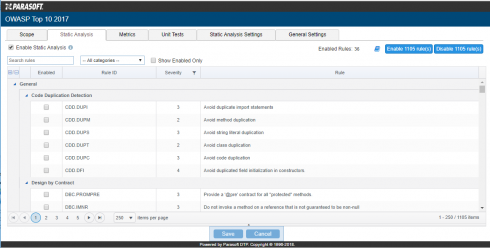 Parasoft says it is reducing the time it takes to do unit testing with the latest release of Jtest. Jtest is the company’s automated Java software testing and static analysis tool.

According to the company, Jtest 10.4 increases code coverage while greatly reducing the time it takes to do unit testing compared to previous versions.

A key update to the Unit Test Assistant improves its recommendation engine to help users spot gaps in test coverage more effectively, Parasoft explained. “It does this by finding areas of untested code based on the last unit test run, and can help you clone the existing test that gets closest to the area in question, to help you cover the code in question,” Kapil Bhandari, product manager at Parasoft, wrote in a blog post. “If multiple existing tests were executed, the assistant will recommended the test that will get you closer to covering the uncovered code.”

Parasoft’s Change-Based Testing feature also received improvements with version 10.4, with the technology rolled right into the IDE for the first time. The feature allows users to see which tests need to be altered after changes in the code have been detected.

Also newly added to the IDE is the Test Configuration Editor, a much-requested returning feature from the 9.X versions of Jtest, which means that users no longer need to edit configuration files or log into DTP to change their tests, according to the company.