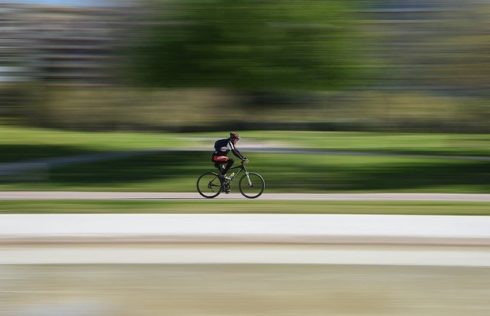 In many companies, digital transformation has been happening gradually over the years, often as a result of necessity from some uncontrollable force. But because of the COVID-19 pandemic, the needed speed of change has never been faster. The pandemic has impacted nearly all businesses, forcing them to shift from the office to their homes, learn how to collaborate remotely, and possibly support the changing needs of customers.

Low-code platform provider OutSystems recently released a survey of over 2,220 IT professionals on whether or not they’re keeping up with the speed of change.

Forsyth Alexander, senior product marketing manager at OutSystems, explained that less than a quarter of those survey respondents reported that they were adjusting well to change. “They were asked to rank themselves on how agile their business was, how quickly they can use digital solutions to address changes in the marketplace. About 21% or so of the respondents ranked themselves as they agreed with the statement that they were best able to pivot when it was needed, and they were able to outpace their competitors frequently and continually with change,” said Alexander.

There are a number of qualities that set the leaders apart from those that are falling behind, Alexander concluded based on the survey results.

According to Alexander, those companies most able to address planned and unplanned changes use an Agile methodology.

Another marker for the success of companies keeping up with the speed of change was how fast they were able to deliver applications. “Once upon a time it took two years to build an application or software. Now, with agile development methods, platform-as-a-service delivery, no-code and low-code platforms, most companies have been able to get development down to at least six months,” Alexander said.

“But a lot of the IT pros and business analysts that we talked with at OutSystems felt that six months was really too long, especially in light of more demands for digital solutions to problems that they might have been more analog or manual in the past. And we found out that our leaders in speed were able to deliver major projects, major software, major applications, in two months or less.” She added that the majority of companies (around 60%) who responded to the survey take about three to six months on projects.

Companies that adapt successfully are also able to work on new projects and innovations, whereas those lagging behind might be getting caught up on maintenance or hot fixes. In the survey, those who were able to keep up reported that their backlogs were not very long and were in fact shorter than they were in 2019, while the opposite was true for those who were lagging behind the pace of change.

Another area that sets the leaders apart is that they focus more on their customers when designing projects. “They concentrate more on making sure they have a really great user interface and user experience. They are investing in front-end development, really looking outwardly and building to deliver for the sake of their customers and their users. And the rest—the ones who were struggling the most with the speed of change—were still having trouble with learning all the new technologies that you need to learn and hiring people to even build the things that they needed to build in this crunch time,” said Alexander.

According to Alexander, one theme that encapsulates all of these capabilities is that companies need to be trying things other than traditional coding. In order to keep up, development teams need to adopt tools and platforms that help them build fast. Companies should be looking for tools that check quality of code, offer AI-assisted development, and have a change management engine to help ensure dependencies are considered before making changes.

Alexander also emphasized that COVID-19 is not a situation that companies can just try to wait out, hoping that when a vaccine is delivered and the pandemic is over businesses go back to normal.

“Once you’ve opened that door, and you find out what you can do really fast, you can take a hard look at what else you can do. Consider what steps you can take to start thinking about building your UX and integrations for change instead of just building a solution. And look into different, unusual and quick ways for your developers to get skills in the modern technologies like cloud that are gonna really help in the situation. Instead of thinking in terms of big releases and big versions, think about smaller releases happening more rapidly,” Alexander said.

A guide to low-code/no-code platforms

How these platforms support low-code/no-code initiatives