Cockroach Labs has announced that it is switching CockroachDB away from the Apache License version 2 (APL).

According to Cockroach Labs, its business model has long relied on the assumption that “companies could build a business around a strong open source core product without a much larger technology platform company coming along and offering the same product as a service.” But this is no longer the case, the company explained.

Now, companies are offering other companies’ open-source products as their own service. “We’re witnessing the rise of highly-integrated providers take advantage of their unique position to offer “as-a-service” versions of OSS products, and offer a superior user experience as a consequence of their integrations,” Cockroach Labs wrote in a blog post. A recent example of this is Amazon’s forked version of ElasticSearch, the company explained.

As a result of these changes in the industry, CockroachDB will now be offered under a permissive version of the Business Source License (BSL). What this means is that CockroachDB can be scaled to any number of nodes, used or embedded in applications, or run as an internal service, but it cannot be offered as a commercial version without the purchase of a license.

Cockroach Labs isn’t the only company trying to move away from open-source projects and licenses due to the competitive nature of technology environments. Other examples include the Commons Clause initiative, MongoDB’s Server Side Public License and Confluent’s Community License.

According to Cockroach Labs, CockroachDB will switch back to APL 2.0 three years after each release. This will create a competitive database as a service and guarantee that the core product stays purely open source.

“We believe this is the best way to balance the needs of the business with our commitment to Open Source,” the company wrote. “The new license still permits the vast majority of users to use, redistribute, and modify CockroachDB freely, and will become no-strings-attached Open Source after three years.” 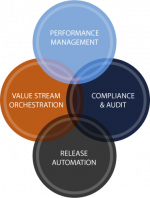