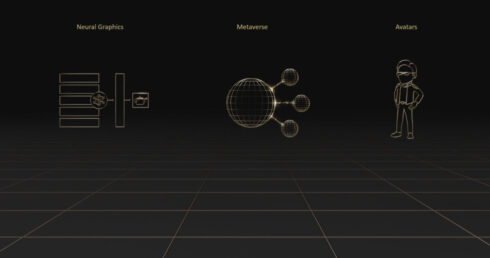 NVIDIA, the company known for designing and manufacturing GPUs, today announced a new range of developer frameworks, tools, apps, and plugins for its platform for building and connecting Metaverse worlds based on Universal Scene Description (USD), NVIDIA Omniverse.

According to the company, with this expansion, users gain access to new AI-powered tools and features that offer artists, developers, and engineers the power to construct virtual worlds and content easier than ever.

“The metaverse is a multi trillion-dollar opportunity that organizations know they can’t ignore, but many struggle to see a clear path forward for how to engage with it,” said Rev Lebaredian, VP of Omniverse and simulation technology at NVIDIA. “NVIDIA Omniverse closes the gap between the physical and virtual worlds, and these new tools, technologies and collaborations make it possible to leap into the 3D internet today.”

A key element of this expansion is the launching of NVIDIA Omniverse Avatar Cloud Engine, a suite of AI models and services made for building and deploying lifelike virtual assistants and digital humans.

In addition, the company has introduced several platform updates such as:

According to NVIDIA, Modulus-trained Physics ML models are 4,000x and even 100,000x faster depending on the application. Additionally, they provide accuracy closer to high-fidelity simulations.

NVIDIA has also introduced 11 new Omniverse Connectors as a part of its collaborative efforts with its partners in the industrial, design, simulation and CAD software ecosystems. These bring the total number of Connectors to the Omniverse USD ecosystem to 112.

Lastly, the company has released several updates to the core simulation technologies that represent materials, physics, and light in Metaverse worlds.

To learn more about this expansion, visit the website and watch NVIDIA’s SIGGRAPH special address.