OverOps enables developers to own errors with git blame support 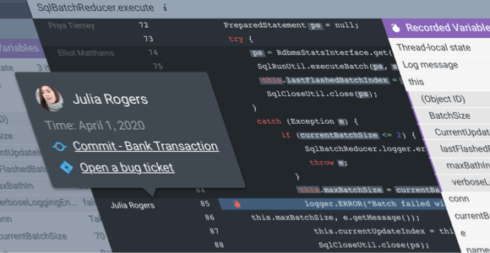 OverOps is launching a new integration with GitLab and GitHub that provides support for git blame, which ties developers to their errors. According to OverOps, this will help reduce resolution time of errors.

The integration allows teams to see who was the last author who changed code in the call stack of each error, link errors to commits, assign issues to the correct developers, and capture rich error snapshots with the source code and variable state for every error.

OverOps explained that the previous way of viewing source code in OverOps was to either decompile the code or manually point OverOps to the location of source files. This new capability allows it to automatically pull source code from code repositories, including comments and corresponding line numbers in each error analysis.

“Integrating git blame data into the OverOps code view and error analysis is just the beginning. Now that git blame data is accessible within OverOps, we’re already thinking about all the new and exciting things you’ll be able to do with it. Gamifying exceptions with team leaderboards is just one of the options that were suggested so far, and we can’t wait to see what our customers will be doing with this data going forward,” OverOps wrote in a post.