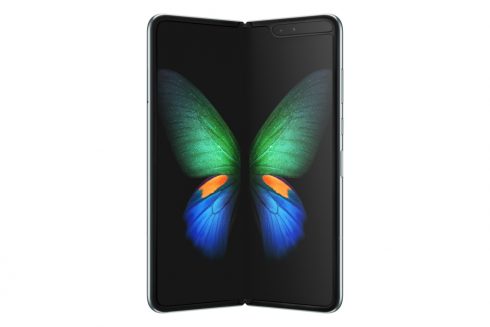 Samsung is finally giving more details about its foldable device, the Galaxy Fold. The company announced plans to  launch an improved Galaxy Fold in September, and promises it fixed the display issues that prevented it from releasing it earlier this year.

RELATED CONTENT: Foldable technology will force developers to think outside the box

“I do admit I missed something on the foldable phone, but we are in the process of recovery,” Samsung co-CEO DJ Koh said in a statement earlier this month.  “At the moment, more than 2,000 devices are being tested right now in all aspects. We defined all the issues. Some issues we didn’t even think about, but thanks to our reviewers, mass volume testing is ongoing.”

Now, Samsung believes it’s ready. The phone is designed to unfold like a book and accommodates a screen that spans nearly the entire inner surface area (with the exception of a bezel for the camera), and also sports a much smaller 4.6 inch display on the outside to be used for basic mobile tasks, the company explained.

When the company first tried to release the device earlier this year, it was discovered that peeling off the top layer — which some said resembled a screen protector — critically damaged the display and that dust and particles could easily crawl through the folding mechanism pop out from under the screen.

“I think the main take away from this is with foldable phones: this is a delicate phone. The 200 thousand folds from a robot don’t necessarily translate to a lifetime of use by a human. There’s a thing called user error and it’s going to happen.”  YouTuber and tech reviewer Marques Brownlee said in a video at the time.

To fix these issues in the upcoming launch, Samsung added a new protective layer that extends beyond the bezel, making it more integrated into the screen and also added additional reinforcements to better protect the device from external particles. Samsung explained it has also worked on optimizing apps and service to work with the foldable UX.

“Samsung has taken the time to fully evaluate the product design, make necessary improvements and run rigorous tests to validate the changes we made,” the company wrote in a post. “Galaxy Fold completely reimagines the smartphone, changing the way you interact, communicate and experience everyday life.”