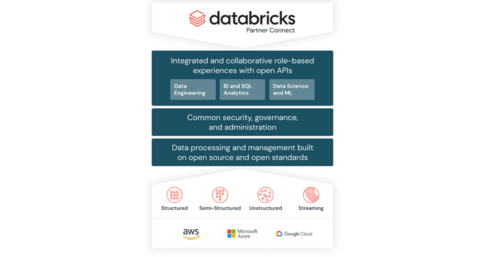 Databricks, the data and AI company, recently announced Databricks Partner Connect, a portal for users to quickly discover a broad set of validated data, analytics, and AI tools and easily integrate them with their Databricks lakehouse across multiple cloud providers.

Integrations with Databricks partners Fivetran, Labelbox, Microsoft Power BI, Prophecy, Rivery, and Tableau are initially available to customers, with Airbyte, Blitzz, dbt Labs, and several others coming in the months ahead.

In addition, with Databricks Partner Connect, users are enabled to discover new, pre-validated solutions from Databricks partners that complement their business needs. With this, users can easily expand their lakehouse into every corner of their data ecosystem in order to solve current or future challenges.

OpenAI revealed that its API is now available for developers in supported countries to sign up and start experimenting without a waitlist. Over the past year, OpenAI has made many improvements to it’s API, including the Instruct Series models that adhere better to human instructions, specialized endpoints for more truthful question-answering, and a free content filter to help developers mitigate abuse.

Other changes to the API include an improved Playground, resulting in easier prototyping with models, an example library with many prompts to help developers get started, and Codex, a new model that translates natural language into code.

Available later this year, the updates include unified dashboards, anomaly detection, service performance monitoring, security event management, and OpenSearch. In addition, Logz.io announced that it will expand its operations to Japan before the end of the year.

In addition, a new online training course, Kubernetes and Cloud Native Essentials, has been released to both prepare individuals for entry level cloud roles and to sit for the KCNA exam. KCNA is made up of a multiple-choice certification exam designed to test entry-level knowledge and skills in Kubernetes as well as the wider cloud native ecosystem.