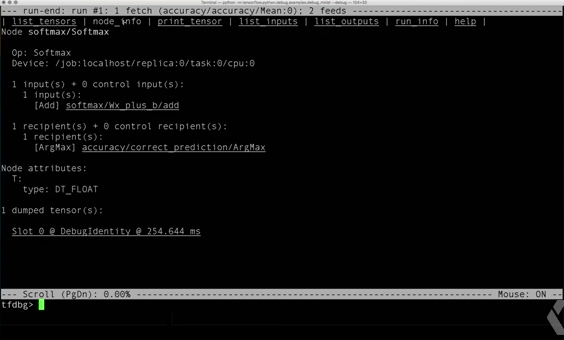 Google is introducing a tool designed to help developers debug machine learning models in TensorFlow. TensorFlow Debugger aims to provide visibility into the internal structure and state of TensorFlow graphs.

According to the team, compared to other debugging options, TensorFlow Debugger requires fewer lines of code, provides more graph coverage, and offers a more interactive experience.

“It will speed up your model development and debugging workflows,” wrote Shanqing Cai, software engineer for tools and infrastructure at Google, in a blog post. “It offers additional features such as offline debugging of dumped tensors from server environments and integration with tf.contrib.learn.”

Facebook releases Jest 19
Facebook announced the latest release of its JavaScript testing platform. According to the team, Jest 19 is the biggest release shipped to date.

New features include a redesign of watch mode to be more instant and extensible; changes to the snapshot format; improvements to the printing of skipped tests; new CLI arguments; an ESLint plug-in; and a new public package.

Qt announces the Qt 3D Studio
Qt wants to make it easier to create 3D technologies using its software development framework. The company has announced the Qt 3D Studio, a new tool designed to help users create 3D user interfaces that integrate with applications written in Qt. According to the company, this is not meant to replace its other UI technologies such as Qt Widgets, Qt Quick and Qt 3D. But it is meant to complement them.

The studio was made possible when NVIDIA contributed the whole NVIDIA DRIVE Design Studio to Qt. The design studio is a 3D UI authoring system. The contribution included the source code, runtime component, tooling and Qt integration.

Qt 3D Studio is available both as an open-source solution and commercial offering.